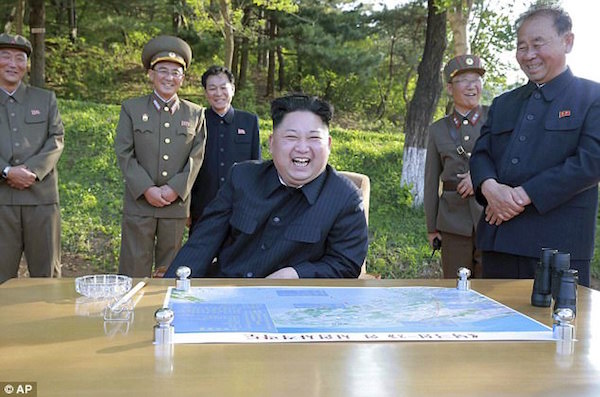 Seoul – North Korea launched a series of what appeared to be “surface-to-ship” missiles on Thursday, South Korea’s defence ministry said — in what would be the latest in a string of tests in defiance of UN sanctions.

“North Korea fired multiple unidentified projectiles, assumed to be surface-to-ship missiles, this morning from the vicinity of Wonsan, Gangwon Province,” the ministry said.

It would be the fourth missile test by the nuclear-armed regime in less than five weeks, as Pyongyang continues to defy UN warnings and US threats of possible military action.

The UN Security Council last Friday unanimously adopted a US-drafted resolution imposing new targeted sanctions on a handful of North Korean officials and entities, in response to a series of ballistic missile tests this year that are banned under UN resolutions.

Early last month, the North test-fired what appeared to be its longest-range ballistic missile yet tested, in a bid to bring the US mainland within reach.

The North has carried out two atomic tests and dozens of missile launches since the beginning of last year in its quest to develop a missile capable of delivering a nuclear warhead to the continental United States — something President Donald Trump has vowed “won’t happen”.

The US military has said it has “successfully intercepted an intercontinental ballistic missile target” in a test conducted amid concerns over the North’s weapons program.

Abdulsamad Rabiu shortlisted for Africa CEO of the Year Awards