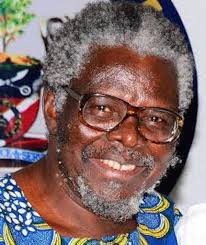 Recently, a young man who teaches English at Abia State University phoned to inform me of an impending conference on the bicentenary of the birth of Karl Marx. But what the call provoked in me was not the remembrance of Marx and his enduring legacy but anger over the fact that some people still regularly irritate me with chants of a�?death of communisma�? and a�?disappearance of socialisma�?.

However, my voiced response was to play the a�?teacher on teachera�? by calmly asking my telephone friend whether he meant the birth of Karl Marx or his death. He also calmly replied that Marx was born on May 5,1818. a�?Hence, May 5, 2018 makes it 200 yearsa�?, he said. I played on by pleading that I thought that May 5 was the date of Marxa��s death. He again calmly responded that Marx died on March 14, 1883. I thanked him and pledged to assist in the bicentenary in whatever manner I could.

For a considerable length of time after my telephone chat with the university teacher, my mind remained with the subject: Karl Marx and his legacy, or more specifically, Marxa��s political legacy. From political legacya��which is a very large subjecta��my mind zeroed on Marxist politics. And in Marxist politics, my mind selected and focused on Marxist political strategy and vanguardism. Hence, if I were to contribute to ideas informing the planning of Marxa��s bicentenary conference I would advise the organizers to begin from Marx in historical context.

From there, move on to Marxa��s total legacy; then proceed to Marx political legacy, Marxist politics and Marxa��s political strategy and vanguardism. Finally, it is necessary to place a theme like a�?The relevance of Karl Marx todaya�? in the agenda of the conference. This is not because it is logically expected but because the current calamities, monstrosities and historical retreats in Nigeriaa��of which we are all living witnessesa��clearly appear to summon Leftists of Marxist persuasion as well as patriots of popular-democratic credentials.

Karl Marx was born in Germany. He had his primary and secondary education in his home town, Trier. For his university education he went to Bonn and Berlin, both in Germany. He studied law, history and philosophy, obtaining his doctorate in philosophy at the age of 23.His doctoral dissertation is usually taken by academics as the beginning of his work. But I find his letters to his parents, before this, as very indicative.

Marx died a poor man on March 14, 1883, at the age of 65. He died in London where he had settled 35 years earlier. So much was the official prejudice against this man that, according to Isaiah Berlin, one of his biographers, his death was treated almost as a non-event by the European press. Although Marx died in London, The Times of London reported the event as a short obituary notice, quoting its Paris correspondent.

At his graveside Engels, Marxa��s life-long friend and collaborator, said: a�?Karl Marxa��s mission in life was to contribute in one way or another to the overthrow of capitalist society. Fighting was his element. And he fought with a passion, a tenacity and a success which few could rival. His name will endure for ages, so will his worka�?.

In the second paragraph of that essay, I proposed: a�?I would say humbly but responsibly that Karl Marx deserves to be named not only the greatest thinker of the millennium but also the greatest thinker humanity has so far produced among mortals. Even if he had been killed in 1848, at the age of 30, after the publication of his and Engelsa�� Communist Manifesto, he would still have emerged the greatest thinker since antiquitya�?. Today, I re-endorse this 19-year-old assessment.

Activist Leftists who are inspired by ideas whose origins are attributed to Karl Marx conceive politics in two senses: the broad and the narrow, or the general and the restricted. In the broad or general sense politics refers to the a�?totality of all guiding principles, methods, systems that determine collective activities in all domains of public lifea�?. But in the narrow or restricted sense politics is used to designate a a�?definite part of public activity directly concerned with the struggle for powera�?.

From this understanding follows the definition of Leftist politics and Conservative politics. Leftist politics is broad while Conservative politics is narrow. You may see this difference clearly in the character, programmes and methods of non-governmental organizations (NGOs) organized and led by Leftists and in the careers of Leftist teachers, lawyers, writers, journalists and priests, for example.Whereas, Leftists actively recognize the relationship between the broad and narrow dimensions of politics as that between water and fish, conservatives recognize only the narrow dimension and play politics like fish trying to swim on dry land.

In Leftist politics, vanguards may be recognised and described by three main attributes. One: In the struggles of the working, toiling and oppressed masses of all nationalities and all regional, ethnic and religious groups, vanguards point out and bring out the common interest.Two: In the various stages of development which the struggle of the masses has to pass through vanguards always and everywhere represent the historical continuity.Three: Vanguards are very resolute segments that seek to defend, unite, invigorate and push forward all other segments. They care passionately for the present; but in caring for the present, they do not forget the future of the struggle.

Much ado about nothing on recovered loot