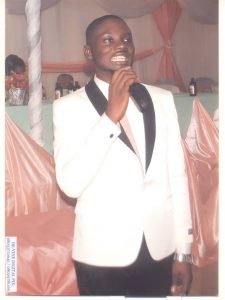 Prophet Okechukwu Daniel Udoka is not a regular Christian given the grace he claims to have to foresee events, especially such that affect the political life of the people and the world. In this exclusive interview with O’STAR EZE, he details the revelations he purportedly received from God concerning the most influential country in the world, the United States, and the political affairs of Nigeria, the largest black country in the world, especially as the general elections draw near.

Question: When did you discover that you have the grace of foreseeing what is about to happen?

Prophet Daniel Udoka: To the glory of God, it has been there from my childhood. But at times, we Igbo are more after money. But as time went, I discovered that most of what God tells me happens that way. Although I was not opportune to let people know, being that I am not under any ministry. So, those revelations, I used to share them with friends and at times on the pages of newspapers. But, I am not happy that at times I am not able to share these revelations because of my business.

What was the first thing God showed you that happened?

They are uncountable. Many of what God showed me were connected to instant miracles. While I was still very tender, God would show me someone that is critically ill, and on my way I will meet that person and because God had already shown me the person. I would have the passion to lay my hands upon that person and when I lay my hands, God will show Himself mighty! So it is not a question of whether I was a pastor or a reverend, it was just grace. It is true that I was born in a Christian family and was committed in Anglican children’s ministry. I moved from there to Scripture Union, while I was in secondary school and then to EFAC. Then I was seeing those miracles, but I did not have someone to carry me along. So, I discovered a special grace from God, but I was deterred by money. I was more concerned on making money like others. But when God shows you something and you hide it and it finally comes to pass, you feel bad because you know that God showed you those things to share to the people and prepare them for the eventuality.  As time went on, when I started making some money, I decided to disseminate the message God gave me this way; because, I know that whatever God says remains like that. So far, I have talked about what God revealed to me, none of them had ever gone, without coming to pass.

You said that God showed you the outcome of the presidential elections: What, exactly, transpired?

Well, I was not really interested in the politics of the United States and I did not even know that they were holding general elections. When I was having a quiet time, I saw myself in the United States of America. I saw a celebration. I was wondering what was happening and what I was doing there. And I was told that I was in the United States and that the celebration was for someone: Obama was against the person that won the election. They did not call any name, but the only thing I captured was that it was the person Obama was against that won the election. When I awoke, I started asking my brothers and friends if any election was coming up. As God may have it, they told me that US was preparing for election. I then related to them what I saw about the outcome. The journalists that I told about it then told me that (Donald) Trump was the one Obama was against and that the election was going to hold in six months time. I did not remember the revelation again until about two days before the election when some persons I shared the revelation with called me on phone. They told me that my prophecy was a lie and that Clinton was winning the election. But, I stood my ground and repeated what God had told me. Finally, the election was concluded and Donald Trump was announced the winner. So, there have been so many situations like this in the past.

You also gave some details on the outcome of 2017 Anambra State gubernatorial election. Can you tell us about it?

Yes, I gave details of the Anambra gubernatorial election. Unlike other prophets who just prophesied who will win the election, I went ahead to say who would come second and third. I said that election was going to be between Igbo party and Hausa party. When I was asked which was Igbo party and which was Hausa party: I said that the Igbo party, APGA would take the first position, and Hausa party, APC, would take the second position. I also said that the PDP would take the third position. I said that if PDP took the second position, it means I did not see anything. I told them that I saw the grace that put Obiano there the first time returning him there, whether he spends money or not. I also said overtaking is allowed. Why I said overtaking is allowed was because of the possibility of APC rigging the election. I said that Obiano should not abuse the grace God has given him.

What did God tell you about the state of Buhari’s health: Is he being impersonated? Was he dead?

The general elections are around the corner already: would you mind giving details of what you saw about its outcome?

In details, God has chosen Atiku Abubakar as the next president of Nigeria. Whatsoever any human being is doing on earth cannot stop it. I had said in 2017 that an unexpected man would take the seat in 2017. Now, the man is around the corner, which is Atiku. I congratulate Atiku, the former vice-president and his running mate, Mr Peter Obi, the former governor of Anambra State. I envy them. I wish I am Mr Peter Obi and I ask him to remember me in his paradise. I had hinted on this in 2017. The prayers of the common man in Nigeria have been answered in Atiku. Atiku is not the messiah, but he would be the starting point of the salvation of Nigeria. The messiah is coming, but Atiku’s regime will be far better than four past regimes put together. I saw a plane crash of an official jet and another aircraft and men on agbada falling from them. God told me that any man that would want to stop Atiku from entering will go down, and might not witness Atiku’s celebration of victory.

There are fears that there would be violence during the election. What are you seeing?

We have prayed against violence during the elections. I talked about conflict earlier, but I know that God has taken control. When the election was going on, it was not favouring APC. I saw a different thing altogether. It was not free and fair. But children of God have prayed against that. I am not a full-time minister, but God has shown me so much love and grace. Even this morning (of the interview), God was telling me something, but I was busy making calls for business. It is just that I am disturbed in the spirit and that is why I have to speak up what the mind of God is from time to time.

What is your message to Nigerians?
My message to Nigerians is: Go out and obey the mind of God. He has chosen Atiku. He has even said that nothing will stop Atiku. Even if they plan negatively, God will thwart their plans. Even if we are hundred in Nigeria, and 10 decide to cast their vote, a greater percentage will vote for Atiku. Whether we vote or not, Atiku will definitely win. Concerning Buhari, I have been praying for his health. If Buhari will test my anointing, let him call me. If he obeys God, that illness that has been taking him billions of naira, in 24 hours, the angels of God, Allah, will perform a perfect miraculous healing on him. He should just let the election go, and he will receive instant miracle. He will bounce like a new-born baby. I remember I was the only prophet that said Buhari was still live in 2017, and that he will see the 2019 elections. If he obeys God, after the election, he should invite me: If he does not get instant miracle, sound health and enjoy his old age, he should jail me for life. He will witness the power of God as of old. I love you, Buhari.

21 thoughts on “Nothing will stop Atiku from winning presidential election: Prophet Daniel, who predicted Trump victory”