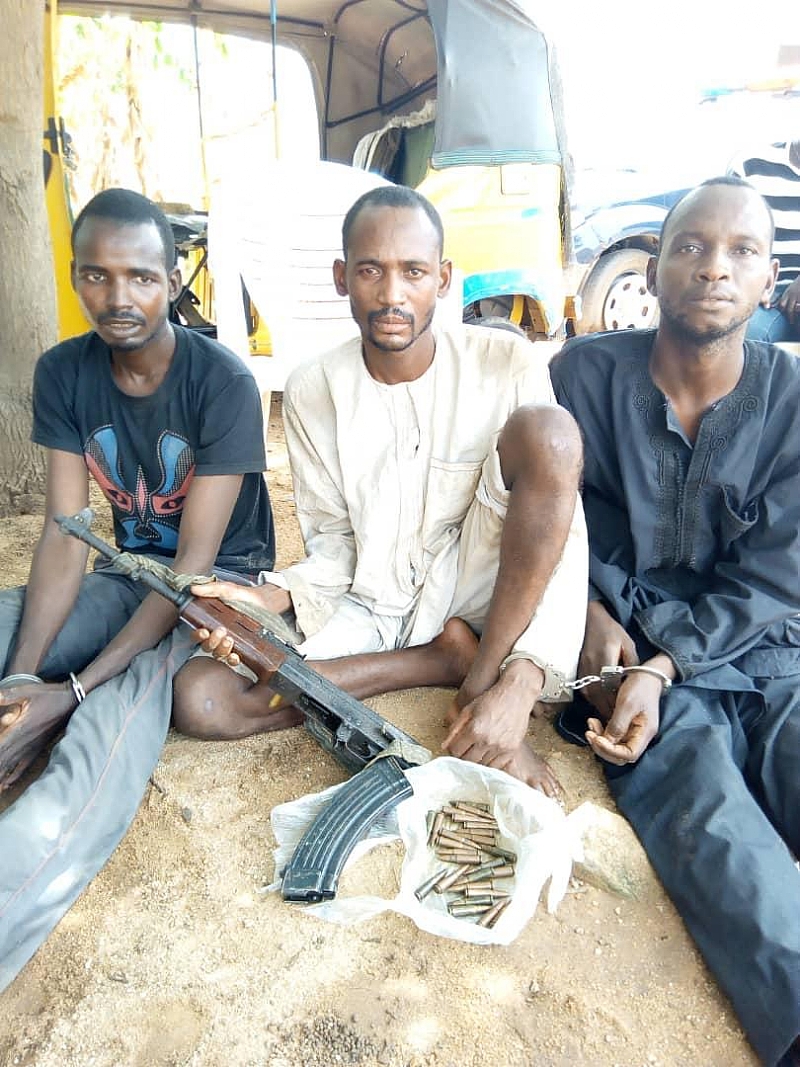 A kidnap kingpin and notorious armed robber, Sumaila Sule popularly known as Shaho who recently masterminded the kidnap of the UBEC Chairman along Abuja-Kaduna road has been shot dead.

The Force Public Relations Officer, Frank Mba told The Nigerian Voice that the suspect who was an indigene of Rijana village in Kachia Local Government Aarea of Kaduna state was killed in a gun duel with policemen.

Mba said the deceased is one of the most vicious and most wanted kidnappers that has been terrorizing citizens in Kaduna and its environs.

According to the police spokesman, “He died in the early hours of 18th May, 2019 following multiple bullet wounds he sustained during a deadly shootout with police operatives attached to Operation Puff Adder.

The Nigerian Voice learnt that the shootout ocoured in the evening of 17th May 2019, at the outskirts of Rijana village.

Mba said “The police operatives, in line with the mandate of Operation Puff Adder, were carrying out routine surveillance and raid of suspected criminal hide-outs when they suddenly came under gun fire attack from a heavily armed criminal gang.”

He added “The police team fought back gallantly, repelling the attack and eventually bringing SHAHO down, whilst his gang members fled. SHAHO was rushed to hospital, where he eventually died the next day.”

“Acting on information elicited from the suspect before his death, police operatives, between the 18th and 19th of May 2019, carried out sweeping follow-up operations at different target locations.”

“These coordinated operations led to the arrest of four other members of SHAHO’s gang and the recovery of three (3) AK 47 rifles. The arrested gang members include: MUSA Hassan 26, Yau Umar 25, Umar MUSA 22 and Muhammad SANI, all males and natives of Rijiana Village, Kachia LGA Kaduna State.”

“SHAHO and his gang members have been on the radar of the intelligence community for a while, as they have been implicated in several high level kidnappings and other heinous crimes along Kaduna-Abuja road and beyond.”

MBA also told The Nigerian Voice that a combined team of Operation Puff Adder operatives, comprising of the IGP Intelligence Response Team, the Technical Intelligence Unit, the Police Mobile Force and the Special Anti Robbery Squad arrested another set of kidnappers who have been terrorizing citizens at Mubi axis of Adamawa state.

The spokesperson of the Nigerian Police said one AK 47 rifle and 26 rounds of live ammunition were recovered from the gang.

“The suspects have all confessed to participating in numerous kidnapping and armed robbery operations within Adamawa State, including the kidnap and collection of a ransom of seven million naira from one Mallam Abdulahi Umoru of Hong L.G.A.”

Investigations into these cases are on-going, while efforts aimed at arresting other members of the gangs still at large are being intensified.”

While commending police operatives for their gallantry, the Inspector General of Police, IGP Muhammed Adamu reassured Nigerians that the war against crimes and criminality will soon be won.

IGP called for continuous support for the police and other law enforcement agencies, promising that the security agencies will not rest on their oars till normalcy is restored in every part of Nigeria.