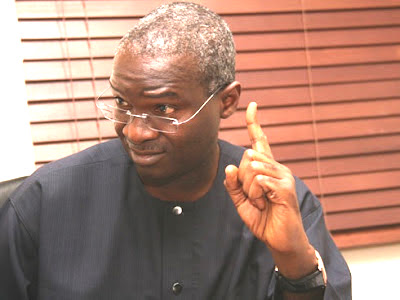 NPA spokesman, Jatto Adams stated this while reacting to an incident where a 40-foot container fell on three cars in Lagos.

He said NPA had indicated willingness to fix some parts of the road leading to the port.

Adams expressed NPA’s concern over the difficulties suffered by port users and the various losses they incurred as a result of the very poor state of the roads leading to the largest port in West Africa.

He said, “While this incident is regrettable, it is on record that the present management of the Nigerian Ports Authority, under the leadership of Hadiza Bala-Usman, had before now written series of letters to the Federal Ministry of Works, Power and Housing to hand over the port axis of the road to NPA for complete reactivation at NPA cost to no avail.

“It took the personal intervention of the MD to involve Dangote and Flour Mills with NPA counterpart funds to re-construct the Wharf road from Leventis to Apapa port.

“The NPA is not unmindful of the havoc and damage this road is causing the port operations and the revenue loss, albeit the sufferings to the port users but as stated the management is handicapped and not that nothing is being done.”

Saraki, El-Rufai instigated Buhari not to pick me as VP – Tinubu