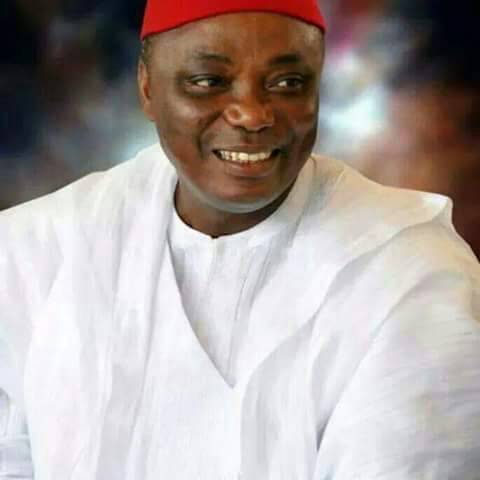 Ill blood was generated in the Peoples’ Democratic Party (PDP), Delta north senatorial district following the boast of the incumbent senator representing the district in the National Assembly (NASS), Senator Peter Nwaoboshi, during the party’s campaign to the zone.

Senator Nwaoboshi, while addressing the mammoth crowd that stormed the field in Agbor, Ika south local government council on 1st February 2019, for the campaign rally told PDP supporters that he would beat those going to court against his candidature.

The statement of Nwaoboshi caused ill-feeling among party supporters especially those loyal to Prince Ned Nwoko, who contested the senatorial primary with the incumbent.

Also, at the grand finale of the campaign at the stadium in Owa-Oyibu, Ika north east local government, Nwaoboshi, reiterated his stand that he will defeat those going to court.

“Those going to court, I will win them there. Those dancing in Ogwashi-Uku, are dancing to their suffering”. The Senator seeking reelection also dragged, “I remain your senator till 2023”. A die-hard supporter of Prince Nwoko, who do not want his name on print faulted Nwaoboshi's statement.

“We are here to campaign, instead of campaigning, he is making statements that are not palatable”. He said that the Senator is fully aware that Prince Nwoko, who is the Deputy chairman of the PDP campaign council is in court.

Another respondent who spoke under anonymity said Prince Nwoko's aspiration is not to enmass wealth for himself and family.

It would be recalled that Prince Nwoko has approached the court to determine the winner of the primary. Also, another group called Anti-corruption and Integrity Forum, has approached a federal high court in Asaba, seeking Nwaoboshi's disqualification over his alleged membership of a secret cult.

The group is also praying the court to disqualify the Senator over alleged murder of some motorcycle riders otherwise known as Okada operators in Igbuzor community, the country home of the senator sometimes in 2013.