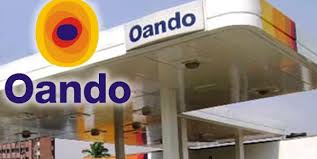 The shareholders groups also vowed to resist attempts by SEC and the management of Oando to lift the ban on the shares of the embattled oil company on the Nigerian Stock Exchange (NSE) a�?through the back doora�?.

The leaders of the groups, who made their position known during a press briefing in Lagos on Wednesday, accused the current leadership of SEC of a�?doing nothing concerning the Oando issuea�?.

The Coordinator of OSSG, Clement Ebitimi, said the leadership of SEC has shown ineptitude in handling the Oando crisis. He vowed that his group would institute legal action against SEC and the NSE if the technical suspension on Oando shares is lifted without the conclusion of the forensic audit.

He appealed to President Muhammadu Buhari and the National Assembly to intervene in the interest of Nigerians and the larger economy.

Also speaking, the National Coordinator of PROSAN, Taiwo Oderinde said, a�?Contrary to the impression out there, the forensic audit of Oando ordered since last year by SEC is not being done. They are only buying time. Poor and helpless Nigeria shareholders are suffering and dying with SEC doing nothing to help them.

a�?The problem is SEC. They are not doing their job. SEC report indicted Oando management. The management should be removed for the audit to take place. This is a management that has been in place for over 19 years. After the audit, if they are innocent, they will be restored to their positiona�?.

Speaking on behalf of the Trusted Shareholders Association of Nigeria (TSAN), its National President, Alhaji Mukhtar Mukhtar said, a�?We have discovered that no forensic audit is going on. The agenda of SEC is very clear. They want to buy time. The Acting Director-General is afraid to do his job. How can the management of a company your report has indicted continue in their position.a�?

He appealed to President Buhari, the National Assembly to help shareholders of the company to preserve their investment.

He said the shareholders have petitioned the House Committee on Capital Market and other Institutions, accusing the Securities and Exchange Commission (SEC) of shielding Oando Plc from probe.

The petition is dated February 21, 2018, was titled a�?Dangerous and Malicious Deliberate Attempts By the acting Director-General, Securities and Exchange Commission (SEC) to Cover Up Oando Nigeria Plc and Protect the Company From Forensic Audita�?.

While commending the House Committee on its unrelenting efforts to sanitise the Nigerian capital market and to make it one of the best in the world, PROSAN said the time had come to take decisive action on the forensic audit of Oando Plc.

According to him, a�?Being the regulator that is primarily responsible for protecting Investors in the Capital market, SEC instituted a consortium of experts commissioned to carry out a forensic audit on the company.

a�?The company sought to stop the forensic audit by challenging the decision in court, but appropriate justice was delivered and the company lost.

a�?However, since Mr. Munir Gwarzo was suspended as the Director-General of SEC by the Minister of Finance Kemi Adeosun on November 29, 2017, the present management has shown a lack of willingness to continue with the forensic audit of Oando as directed by the lawmakers.a�?

He said preliminaries findings by SEC had revealed gross financial mismanagement, insider trading and abuse of corporate governance in Oando, while the auditors of the company, Ernst & Young, in the companya��s 2016 audited account, expressed reservation over the ability of the company to continue as a going concern because its liabilities is in excess of its assets.