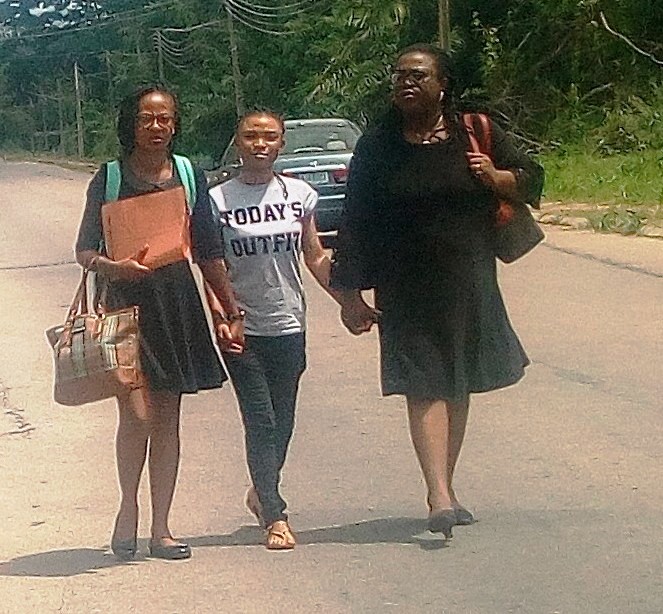 The student of Obafemi Awolowo University, (OAU) Ile-Ife, Miss Monica Osagie who was involved in the sex for mark scandal with one of the lecturers in the university, Professor Richard Akindele has appeared before the committee set up by the university to investigate the matter and her counsel, Dr Abiola Akiyode-Afolabi insisted that she was sexually harassed and that she didn’t fail Professor Akindele’s course.

In a chat with The Nigerian Voice, Akiyode-Afolabi insisted that Monica did not score 33 as claimed by Professor Akindele and that the lecturer failed her and used the mark as a bait just to be able to have sex with her

The lawyer also told The Nigeria Voice that Monica recorded telephone conversation between her and Professor and released the audio because she could not get help when he reported Professor Akindele to other lecturers in the university.

The investigative committee held its meeting at the Pro -Chancellora��s Lodge on the OAU campus. Journalists were not allowed to gain access to the meeting of the committee where Monica appeared.

The counsel said Monica is battle ready for OAU and Akindele and that she is available to give more evidence if invited again. She said the whole world awaits the outcome of the investigation.

The Vice Chancellor of the University, Professor Eyitope Ogunbodede said the committee would soon complete it’s investigation and that the university would soon decide the fate of Akindele and Monica.