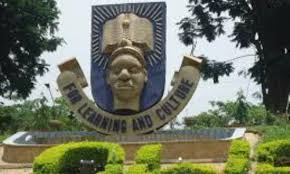 A lecturer at the Centre for Distance Learning, Obafemi Awolowo University, Ile-ife, Osun State, Mr. Monday Omo-Etan has been suspended for sexually molesting 19-year-old female student in the institution.

The Public Relations Officer of the university, Mr Abiodun Olanrewaju confirmed the suspension of Omo-Etan by the university management after its investigation.

The OAU spokesman on Wednesday told The Nigerian Voice that the management of the university has handed over Omo-Etan to the police.

He said “The University has suspended a staff of the University’s Centre for Distance Learning for sexually molesting a 19 years old female student.

“The Management has reinstated her commitment to the total eradication of any form of sexual harassment, molestation or other social vices”, the statement read.

It would be recalled that a lecturer from the department of Account in the university, Professor Richard Akindele was jailed for demanding for sex from a female student identified as Monica.

Also, another lecturer at the Department of International Relations, Mr. Olabisi Olaleye was investigated and eventually suspended over an alleged sexual misconduct involving a female student in the department.

The problem of sexual harassment, assault and molestation has become very rampant in the university in recent time and the management is striving to curtail it.

Naira Marley, Gbadamosi Write Letters Of Apology To Lagos Governor, Sanwo-Olu, Promise To Be In Self-isolation For 14 Days