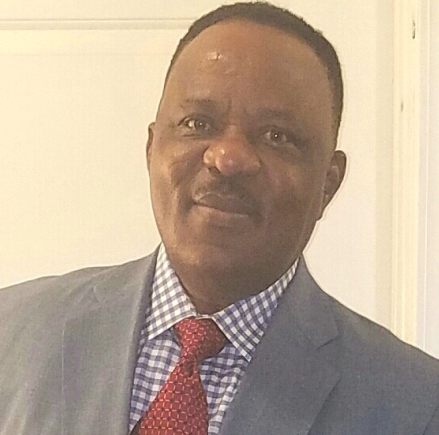 Without a doubt, Dr. Olusegun Obasanjo (OBJ) is an important witness to the Nigerian history. He is also known to often speak his mind, whether good or bad. But ignoring him is to do so at onea��s own peril. That is why the controversy trailing his recent open letter to President Muhammadu Buhari may never subside.

To start, Obasanjo has good intentions to declare that things are not going well in Nigeria, and there is a need for real change. In short, the letter is similar to the one he wrote to the then-sitting president, Goodluck Jonathan, which was then hailed by those of us in the All Progressive Congress (APC). Even Buhari himself commended Obasanjo at the time, saying that, a�?No right-thinking Nigerian will choose to ignore the appalling descent to anarchy that Nigeriaa�? was experiencing under Jonathan. Hence those now criticizing Obasanjoa��s admonition to Buhari need to have a serious rethink.

To continue, the Abeokuta born ex-president was damn forthright to infer that Muhammadu Buhari might have saved Nigeria by being able to dislodge the corrupt empire under Peoples Democratic Party (PDP). Obasanjo was very candid to remark that Buhari has shown a measurable improvement on the war against corruption among other accomplishments. He is also objective to state that President Buhari is performing below expectations overall. Very tellingly, he is patriotic to insist that the President Buhari is neither in good state of health nor has the capacity to pilot the affairs of the nation and thus needs to exhaust his tenure and retirewith some sense of dignity in 2019.

More relatively, OBJ had good intentions when he mooted the need for a Third Force to rescue Nigeria. To him, the two major political parties, APC and PDP, only differ by name. But Obasanjoa��s action on the Third Force might have become a poisoned chalice.

First of all, though Obasanjo insists that the Third Force will remain as an ordinary movement, its stated objectives clearly mirror that of a political party. Even if Obasanjo decides to walk away in event the movement metamorphose into a political party, as he alluded, the other political figures in the movement are likely to stay put thereby occasioning the emergence of another strong party in Nigeria. That will be a big blow to the country.

Multiplicity of political parties is not good for Nigeriaa��s turbulent democracy. It only goes to weaken opposition activity. That explains why most political insiders (including the two most reliable barometers of military opinion in Obasanjo himself and Ibrahim Babangida) have never failed to quip that Nigeriaa��s history with weak opposition not only contributed to past leadership crisis but also created the chances of military takeover of government.

Accordingly, instead of a new political party, all hands ought to be on deck in strengthening the two major parties, thereby producing strong opposition activity by consequence. The problem with the two major parties has nothing to do with their ideologies or manifestoes. The problem is an ageless minority in position of leadership of the two parties whose only raison d’A?tre of being in politics is corrupt practices. But guess what, the masses are the majority.

The Third Force, therefore, should emerge and operate as change agents within the two major parties. Its goal should be to provoke power shift to the masses, including new breed politicians and the youth who are not part and parcel of Nigeriaa��s shameless corrupt oligarchy. Jumping from one party to another does not demonstrate good leadership. True leaders do not run away in midst of crisis; they stay to make things better.

Second, the gallery at Obasanjoa��s launch of the Third Force, aka, Coalition for Nigeria Movement (CNM) might have effortlessly ruptured the balloon of public goodwill that followed OBJa��s salvo to Buhari, which was initially inflated by a cocktail of desire for true change. With a possible exception of very few individuals, the premier of the Third Force was a confluence of the ageless politicians that combined to ruin Nigeria. Unbelievable!

Be that as it may, Obasanjoa��s letter urging President Buhari not to seek re-election in 2019 is commendable. But the Ota farmer must ensure that the emergent change is positive. The desired change starts with practice of internal party democracy within the two major parties. A true change must embrace a new breed of leaders, particularly the youths, who have the zeal and the competencies to cope with the demands of the 21st century. Such leaders must not be part of the status quo. Nigeria direly needs leaders with the moral audacity to demonstrate consequences for bad behaviour without minding whose ox is gored.

a�?SKC Ogbonnia, an APC presidential aspirant, can be reached via [email protected]

We Don't Need More Lawyers/Banking and Finance Graduates In Nigeria