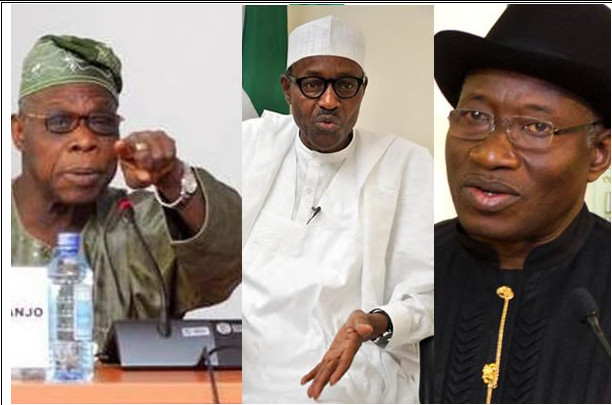 The recent clarion call by Chief Olusegun Obasanjo for the formation of a Coalition for Nigeria Movement is very interesting. In the first place, it is interesting in the sense that the chief now realises that the country has literarily remained static since democracy was ushered back into the country in 1999. It is also interesting that he has pointed out three of the major evils bedevilling the Buhari leadership of the APC government. Most prominent among these is Buharia��s bizarre proclivity for nepotism, a tendency that borders on executive impunity. Or how else would President Buhari and his APC government think Nigerians see the Presidenta��s allocation of key offices in the country to his Northern kinsmen? Is it that they are the most qualified to occupy those positions?

Why would anyone not buy into the idea that the Northerners are propagating a policy that aims to dominate the rest of the country, create a religious hegemony and eventually take over and Islamize the country? The argument becomes even more poignant when we consider the recent uncalled for killings perpetrated by Fulani herdsmen, completely equipped with sophisticated weapons with which, like their Boko Haram counterparts, they have kept terrorising innocent Nigerian citizens. Nigerians are asking questions. Who armed these herdsmen with the high calibre rifles they get around with?

Chief Obasanjoa��s call is even more interesting because he did not mince words in telling General Buhari that enough is enough, assuring him that he has made his mark with history and it is now time to dismantle honourably a�?from the horsea�? and take a side place as the rest of them (ex-military Heads of State} to be consulted by younger political office holders.

It is even more interesting to note from Chief Obasanjoa��s call that Nigeriaa��s army generals who retired to join the political bandwagon had come to an understanding that political parties were horses that should be ridden by the party leaders. It reminds me of what the late Senator Mark Nwulu taught me when I was studying Evangelism at his Trinity College of Ministerial Art in 1986. He told us about the uses of a horse. It can be used for war. It can be used for sports. It can be used for agriculture. It can be used for transportation. The horse can be good and it can also be dangerous when it is angry or upset. It can throw off the rider and the rider can break his neck. So much for the horse and horse riders!

What is important here is that this concept of the horse and the horse rider may not be a viable option if the new ideology Chief Obasanjo is propagating is going to materialize as a political strategy. A better strategy would have been the use of names of politicians. An example is a mail those of us who live in the UK and belong to the opposition Labour Party got during the by-elections of June last year. The campaigner simply suggested to us: a�?Let us make June the end of Maya�?, Theresa May being the current Prime Minister of Great Britain. Nigerian politicians could take a cue from that sort of politicking.

There is no gainsaying that ever before Chief Obasanjo thought out this new advocacy he is now asking into the system, many advocacies had been operating in the country. And we might as well ask: to what extent have they succeeded in their missions? For instance, there is the Centre for Advocacy of Rights and Justice (CAJR) CAJR is a non-governmental, non-profit and independent organisation established for the promotion of social justice, peace, fundamental human rights, rule of law and good governance in Nigeria. The Centre was founded in April 2007.

CAJR envisions a society where justice and peace are seen as sacred needs of all human beings and where access to justice is an inalienable right of everyone. Its mission is to promote social justice, peace, fundamental human rights, rule of law, accountability and good governance as critical elements of a developed and civilised society. The organisationa��s aims include: advocating for good governance as a means of promoting human rights and justices in Nigeria; building the capacity of citizenry to demand and assert their basic rights from duty bearers; promoting Alternative Dispute Resolution mechanisms and providing free legal services to indigent citizens, thus making justice accessible to all; advocating for an improved justice system in Nigeria; collaborating with the state and national Assemblies in order to advocate for the total reform of justice system in Nigeria; promoting the rights and social inclusiveness of people living with disabilities in all spheres; promoting the rights of the children and particularly the right to basic education and advocating for a peaceful society aimed at promoting sustainable development.

There is the Advocacy for Good Governance in Nigeria whose objective and mission is to create and increase the awareness of Nigerian people in ways they can enhance the project of good governance in their country. They advocate for right minded persons to run the administrative affairs of the country just as Obasanjo is advocating in his clarion call.

There is the Civil Society Legislative Advocacy Centre (CISLAC), a non-governmental, non-profit advocacy that is into information sharing, research and capacity building. Its mission is to strengthen the link between civil society and the legislature through advocacy and capacity building for civil society groups and policy makers on legislative processes and governance issues. CISLAC was integrated as a corporate body with the Nigeriaa��s Corporate Affairs Commission in 2006. Prior to this incorporation, the organisation had been actively engaged in legislative advocacy work. The organisation is also compliant with the Anti-Money Laundering Act 2007, reporting to SCUML, any transaction that is above one thousand dollars, detailing the payee, purpose and the other Know Your Customer requirements.

There is Enough is enough, Nigeria (EiE) which is a network of individuals and organizations committed to instituting a culture of good governance and public accountability in Nigeria through active citizenship. They are non-partisan. They insist on not becoming a platform for the actualization of any individuala��s political ambition. Given limited resources a�� financial, human and time a�� they decided to focus on Nigerians of voting age, especially 18 a�� 35-year olds, who have access to technology: mobile phones, the internet, and television. Their message is very simple: Register , Select , Vote not Fight and Protect (RSVP). They pride themselves in belonging to every young Nigerian.

There is Transparency International Nigeria, generally touted as a global movement that shares one vision: a world in which government, business, civil society and the daily lives of people are free of corruption. In 1993, a few individuals decided to take a stance against corruption and created Transparency International. Now present in more than 100 countries including Nigeria, the movement works relentlessly to stir the worlda��s collective conscience to bring about change. Much remains to be done by the organisation to stop corruption.

Given these and many more advocacy organisations in the country which have continued to grapple with a�?the Nigerian factora�� up till the moment, Obasanjoa��s clarion call raises very pertinent questions.

I have said this elsewhere and I am saying it again. The bitter truth is that politics is not a profession. It is not even a career. You are in it at some point in time, and at another point, you are out. And no one holds a public office forever. The Nigerian society is patterned to be fluid in a democratic setting. Anyone can move from one class to another, from the business class to the political class and vice versa, and from the unemployed class to the working class and vice versa if you lose your job, and so on.

Politics is all about citizens and their families, all about their concerns and welfare. It does not matter whether they are students, teachers, traders, business men and women or industrialists. As long as they are citizens of this country, they have a right to hold their elected public office holders to ransom on account of their public activities. They are the voters and those they vote into public offices must be held accountable to them. That is the democratic norm everywhere. And it is the failure of the APC government to respect this internationally accepted norm that has created the need for Obasanjoa��s clarion call.

I have watched Nigerian politicians campaign. But I have never seen any one of them address the main reason there is politics a�� the Nigerian family. Even when they talk about youth restiveness, they have never given a thought to the fact that these youths can be accommodated when Nigerian politicians get their political priorities right by knowing all the families in their constituencies one by one, asking after their welfare and helping them solve their problems whether such problems are economic, social or psychological.

We have an example in Rt. Hon David Cameron, the former British Prime Minister. When he was campaigning for this last election that saw the Conservative Party win with a landslide, he told the British people, and I quote: a�? I want to build a better future for Britain a�� more families with the security of a pay packet each month; the best schools and skills for young people; an economy that delivers for people who want to work hard and get on in life. Since becoming Prime Minister in 2010, I have been working through our long-term economic plan to build a stronger, healthier economy and secure a better future for families across Britain.a�? He then goes on to distribute a questionnaire to all the voters, sensitizing their desires and aspirations thus:

Here, as we can see, politics is centred on the welfare of British families. And that is what it should be in Nigeria. Nigerian politicians should begin to take the welfare and happiness of the families that make up their constituencies as their primary concern. The older parties can still do it if and when they have credible leaders who know what politics is all about.

President Muhammadu Buhari: THE WORLD IS WATCHING US

An Open Letter to my Fellow Yoruba on sound /h/