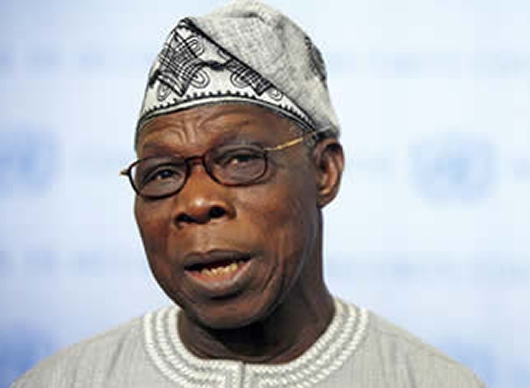 As 2019 approaches, there is expected to be high profile alignments and realignments in the political space of Nigeria. These alignments are usually done with the sole interests of political gladiators in mind who pretend that their political crisscrossing is for the common good of Nigeria and Nigerians.

Experience has however shown that such crisscrossing, alignments and realignments are done at the expense of the common man.

Since the advent of the current political dispensation in 1999, politicians have moved parties severally in the name of serving the interests of the people or rescuing the people from an existing slavish political force only for such movements to turn out to be nothing but a platform for the continued enslavement of the people and the promotion of the politiciansa�� parochial and selfish interests.

We still remember so vividly how the ruling All Progressives Congress came to be a dominant force in Nigeriaa��s political space ; we remember how they savagely maligned the Peoples Democratic Party, PDP, and demonized its leaders while parading themselves as saviours, rescuers, redeemers and such other flowery labels used to confuse Nigerians . Today, Nigerians know better.

Even otherwise fine ladies and gentlemen who had the ears of Nigerians have now been known to be nothing but empty vessels who made the most noise in the run up to the elections just to launder and promote the image of a long time failed leader in Buhari!

Who would have thought that the pre-2015 election Buhari would turn out to be so grossly incompetent and listless that citizens from all walks of life now admonish him not to bother seeking a second term in office even though he was the next best thing after bread and butter during the 2015 campaigns.

It was people like Obasanjo, Tinubu, Danjuma,Shehu Sani Onu, Ngige etc that formed an alliance that sold Buhari to Nigerians.

As 2019 elections approach, the same scenarios we are used to are playing out again. We still remember the different coalitions, mergers and alliances that brought in todaya��s government. With the benefit of hindsight, they have all turned out to be exercises in futility.

Former president Olusegun Obasanjo launching a so-called a�?Third Forcea�?, Coalition for Nigeria Movement, CNM, Agbakoba leading a certain National Intervention Movement, NIM, while Oby Ezekwesili is somewhere promoting her own Red Card Movement are all indications that there is more to these Movements than meets the eye. This, surely, is more than a coincidence.

All these people have at one time or the other been part of government in the past. Some are even still part of this government which Nigerians repudiate with so much bile for being so deceitful , hypocritical and incompetent.

Obasanjo presided over this nation for eight out of the sixteen years of PDP. Olagunsoye Oyinlola, the Acting Chairman of the CNM was a chieftain of the PDP and currently the Chairman of National Identity Managegement Commission under the Buhari administration, just like so many others who are still members of either the APC or the PDP.

Oby Ezekwesili of the Red Card Movement also served as Minister under PDP. Her role in driving the image of the Goodluck Jonathan administration into infamy is well documented using the Bring Back Our Girls crusade .

The question many Nigerians are asking is, why are these same characters who served at the highest level of governance of the land in a period that have been described as the worst periods of our socio-politico and economic history even as president , governors and ministers are the same ones who are claiming to have the magic wands to save Nigeria now?

Since it has become an unassailable fact that the Buhari administration has failed abysmally in the discharge of its duties as a government, what sincere Nigerians should be doing now is to help strengthen the only true opposition party on ground which has proved over the years not to be perfect but is amenable to criticisms and taking to corrections, with a view to making it more effective and primed to wrest power from APC.

It is an incontrovertible fact that 12 months is too short for any virgin political alliance to realistically have a chance of winning an election in Nigeria even if it is for councillorship. To create political forces that would be strong enough to sweep APC out of power in the next twelve months to elections is a dream too tall given the nature of politics in our clime.

There have to be strong structures created at all levels in the country including at Ward levels. To create these structures is not the problem, to make them strong enough to be able to garner votes for these Movements at their levels will certainly be the greatest challenge.

Rather than create a proliferation of Movements and Alliances including the coming together of about 30 political parties for the formation of yet another Movement, Coaliton for a New Nigeria, CNN, it is expected that as politically savvy and seasoned politicians who should know better, the best chance of wresting power from APC and redeem Nigeria from its oppression and wickedness is the strengthening of PDP by these forces.

There is nothing that these Movements want to achieve that the Miyetti Allah group is not being used to achieve.

It is such pretences by these political Navigators and Gladiators about these realities that make Nigerians to begin to believe that the proliferation of such Movements is an extended part of a very bogus plan by the APC to hold on tightly to power using its members, supporters and sympathizers as agents for the implementation of this plan.

The writing of letters to pillory the president by prominent Nigerians who are known to be part of the backbone of this government might all just be part of this grand plan. I do not take anything away from the APC and their shenanigans.

Looking at the situation critically, this is about the only way the APC can hold on to power given its abysmal ratings by a majority of Nigerians., and they look prepared to do anything to hang on to it including hoodwinking Nigerians as they did the first time

It isin the interest of Nigerians not to allow ourselves to be hoodwinked!