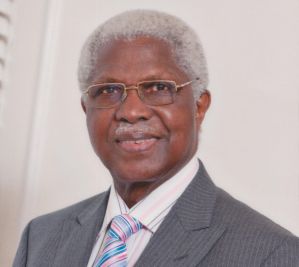 The Governor of Anambra State, Chief Willie Maduaburochukwu Obiano has described the demise of the former Vice President of the Federal Republic of Nigeria, Dr Alex Ifeanyichukwu Ekwueme as a huge loss to Nigeria.

Reacting to the news of the death from his Aguleri country home where he had gone to mark his victory in the last Saturday’s election with his family, Governor Obiano said that he was yet to come to terms with the reality of Dr Ekwueme’s death as it was hard to contemplate the void that his passage has created.

“A great iroko has fallen. Nigeria has lost a statesman. Ndigbo have lost an illustrious son. Anambra has lost a father. But I have lost both a father and a friend. I have lost a mentor. This is a big loss on all fronts,” the Governor declared.

Narrating the direct influence the late statesman had had on him, Governor Obiano further said, “I was close to Dr Ekwueme. I sought his advice on so many things and he was always ready to help. He attended every major event we have held in the past three years in our efforts to make Anambra a better place. You always knew where you stood with him on any issue. His death is a big personal loss to me,” Governor Obiano explained.

The governor further lamented that the elder statesman passed away at a trying period in the life of the nation when his bridge-building talent was most needed.

Describing him as the “architect” of a balanced Nigeria, Governor Obiano observed that only few Nigerians living or dead could match Dr Ekwueme’s contributions to a fair and just federation in the nation’s seemingly endless search for peace and equity.

He pointed out that even in his last days, Dr Ekwueme fought gallantly to ensure that equity prevailed in his home state of Anambra, speaking out fearlessly in favour of sustaining the geopolitical balance that has entrenched peace in the state.

“Dr Ekwueme’s life is an open book that should inspire generations of Nigerians who need a beacon to guide them into evolving as true patriots who are willing to make sacrifices for the greatness of the country. He is an icon whose place is assured in our hearts in Anambra State,” Governor Obiano further observed.

According to him, Dr Ekwueme’s legacy would never die because whenever the story of modern Nigeria is told, Alex Ekwueme’s name would be remembered.

“I wish to express my deepest condolences to the illustrious Ekwueme family and the people of Oko, his home town and to Ndi Anambra in general. Ndonu Ndi Anambra. I pray that God Almighty will give us the fortitude to bear this grave loss,” Governor Obiano further added.