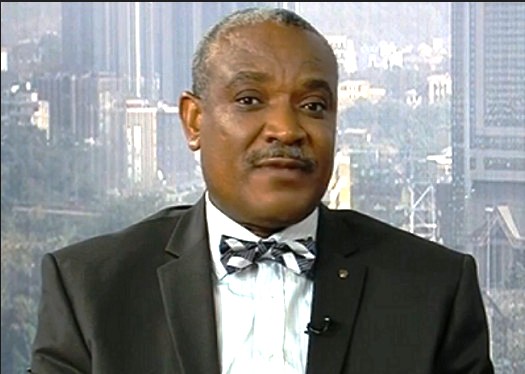 The nation's prominent Non-Governmental organisation and a pro-democracy group- HUMAN RIGHTS WRITERS ASSOCIATION OF NIGERIA (HURIWA) has condemned President Muhammadu Buhari for tolerating purported certificate forgers such as the Senior Special Assistant on prosecution to the President Mr Okoi Obono Obla to remain in his government even when statutory bodies have certified that such persons have clearly forged credentials. HURIWA lamented that even after it was clearly presented before the entire World by WAEC board represented by a top official that the Presidential assistant has a case to answer, the indicted person rather than hide his face inshame, tender apologies,resign and face prosecution is busy parading around as an anti- corription campaigner in what shows the extent of ethical rot in the current administration 's so called fight against corruption. 'This stinking impunity can only happen in a banana republic of Nigeria which is what Buhari has turned the country into”.

HURIWA has also condemned as arrogance of transient political power the reactions to his indictment over alleged certificate falsification by the Presidential assistant Mr Obla as made by the Federal House of Representatives which directed the Inspector General of police Mr Ibrahim Kpodum Idriss to arrest and prosecute Mr Obono Obla following his indictment by the Chief Registrer of the West African Examination Council when the body appeared before the legislature to give evidence under oath showing that Mr Obono Obla forged and mutilated his WAEC certificate which he purportedly used to gain admission to read law at the University of Jos. HURIWA said the failure of the police and the President to act shows a clear complicity by the holders of top offices in the land to sweep under the carpets such grave allegations which also confirmed the lack of seriousness on the part of the President to come clean on the allegations that he too has no WAEC certificate as against the claims he made before vying for the highest office in the land. The dismissal by the wave of hand of such a weighty accusations by Obono Obla who is said to have the backing of the Chief of staff to the President is the height of impunity even as the Rights group stated that the Mr Obla can not hide under political godfathers to fail to clear the grave allegations that he forged his WAEC just as the group dismissed his numerous court cases as time wasting gambits aimed at buying time and to confuse the gullible Nigerians contrary to a clear testimony made before the Federal House of Representatives by the statutory body responsible for issuing the said certificate which he allegedly mutilated. HURIWA also dismissed his belated defence as Childish; uncoordinated and a bundle of political inuendos.

Recalled that Okoi Obono-Obla, senior special assistant to President Muhammadu Buhari on prosecution, says he must be a genius to have gone through law school and practised the profession for decades without a school leaving certificate.

Obono-Obla said this in reaction to the recommendation by a house of representatives committee that he should be arrested over his alleged possession of a fake West African Examination Council (WAEC) result.

The committee had said it discovered irregularities in the O’level result which the presidential aide has, following a petition to the house by the Human Rights Writers Association of Nigeria (HURIWA).

Reacting in a statement on Friday, the presidential aide described the call for his arrest as “absolute rubbish”, saying those behind it are “looters” whom he had investigated.

According to him, he had received a threat that he would be dealt with for investigating some “powerful people” in the national assembly.

HURIWA expressed the optimism that legal actions would be taken soon to get to the roots of the grave allegations just as it states that Obono Obla can't enjoy the protection of powerful political forces of APC for too long.

Islamic Cleric Who Defiled Five-Year-Old To Remain In Prison