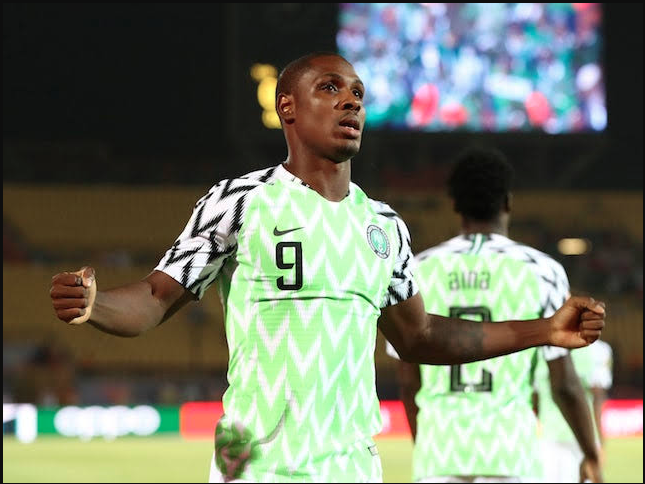 Former Super Eagles striker Odion Ighalo has joined Manchester United on loan from Shanghai Shenhua until the end of the season.

The Red Devils were in the hunt for a striker to replace Marcus Rashford who has been ruled out of action for three months.

They were linked with the likes of Edinson Cavani, Danny Ings, Raul Jimenez and Josh King but they finally settled for the 2019 AFCON top scorer.

The former Watford striker has now sealed a dream move to Old Trafford to join his boyhood club.

Ighalo enjoyed a prolific season with Watford in the premier league in 2015 scoring 15 goals, he also ended the year as the top scorer in English football with 30 league goals in 2015, having scored more goals than any other player in the whole of English football leagues.

“Odion is an experienced player. He will come in and give us an option of a different type of centre-forward for the short spell he’s staying with us,” he said.

“A great lad and very professional, he will make the most of his time here.”

Ighao scored five goals to finish as the 2019 African Cup of Nations top scorer, he announced his international retirement after the competition.

Chelsea don't fear draw with Barcelona or PSG in round of 16: Conte

How a 'drunk' Neymar tried to rape me in hotel –accuser; it's not true: Neymar