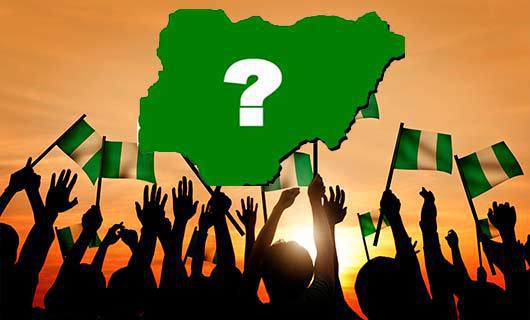 Conspicuous consumption by some Pentecostal Pastors in Nigeria have elicited questioning of certain Christian fundamentals, especially tithing, which some critics see as not Biblical while admonishing Congregations that boast of stupendous material acquisitions to utilize their wealth in serving the needy and the poor in the society. These antagonists anchor their opposition on the fact that the material growth of these congregations is not commensurate with material or moral development of the society, so much so that many of the congregants usually find it impossible or difficult to benefit from these material acquisitions; their educational institutions, being a prime example, not to mention the fact that not many of the congregants will ever see the inside of the private jets. Pentecostal Church leaders dismiss these criticisms as being from false teachers and of the devil while admonishing their congregations to avoid being led astray.

These church leaders are mistaken in the sense that the critics have a legitimate ground even as they go about it in a diversionary manner, making the church, especially the Pentecostal Church, and its leaders the problem, and proffering non-payment of tithe as the antidote to the Churcha��s promotion of material acquisitions.

If majority of Christians in Nigeria, in deference to these critics, stop paying their tithes, this will not affect churches already entrenched in material acquisitions or negate their propensity to acquire more and will also not prevent others, yet to reach this level of acquisition, from aspiring towards it. What then will be the hope of the masses, the poor, whose interests these critics are purportedly promoting?

So far, these critics have not made any fundamental suggestions as to a possible alternative; they have only limited themselves to asking the Church to spend the money collected as tithe on social services without addressing how the society came to be on this definite march to nothingness.

Yet, the European Church was an ally of European political establishment in its colonial pursuit, hence the function of the European Churches encouraged, supported and served as a backdrop for colonial social and economic purposes; thus, if the Nigerian Church of today is to embark on such services as being demanded by the critics, it can be nothing more than a support base for the continuous underdevelopment of the country as represented by the post-colonial State architecture under which the church thrives.

Which is why these Churches justify their material acquisitions and the expensive services they provide on the absence of same as well as on the limitations imposed by the society in which they operate. Thus, if their school fees are criticized as being out of the reach of their poor congregants, their response is in the expensive nature of running an educational establishment more so with their own provision of amenities lacking in public schools. Meanwhile, their products will also be released to the same society from which they have withdrawn to set up their own institutions. This, and more, is what the critics expect the churches to do with their tithes. At the end of the day, there is no difference between the critic and the criticized; for they are two sides of the same coin.

If the aim of the criticism is to address the role of the church in a society like that of Nigeria, Jesus Christ already resolved the problem in Mathew 23:23.

Woe to you, scribes and Pharisees, hypocrites! For you pay tithe of mint and anise and cummin and have neglected the weightier matters of the law: justice and mercy and faith. These you ought to have done, without leaving the others undone.a�?

How then should churches tackle the weightier issues of justice, mercy and faith, while leaving the others (tithes, giving etc) undone?

Justice, Mercy and Faith are existential issues for the Peoples of Nigeria; these have been circumscribed by the colonial architecture of State and reinforced by all the post-colonial administrations. These issues are therefore linked to the quest for Restructuring, aimed at a fundamental transformation of that architecture.

Professor Yemi Osinbajo, a Pentecostal Pastor, but speaking in his official capacity as the Vice President while addressing herdsmen terrorism, provided a confirmation of this when he was credited to have said that the federal government, by the 1978 Land Use Act, leaves control of land under the State Governors on behalf of their states and that there was an ECOWAS Trans Human Protocol which Nigeria signed in 1998 which obliged the Federal Government not to restrict the movement of pastoralists and their cattle coming from other ECOWAS countries. There is no Justice in any of these. And herea��s why.

The Peoples of Nigeria had no say in the ECOWAS Protocol since there was not even a faA�ade of representation. In 1998 when the ECOWAS Protocol was signed, the military was in control; even as there was an internal war of dominance within the military, this did not affect the Northern dominance of Nigeria as such an internal war was a factional war within and not about the architecture of the Nigerian Post-Colonial State. It would thus be a�?normala�? for such an administration to ratify a Protocol without reference to the various Peoples concerned; just as the Gowon military administration ceded Bakassi Peninsula to the Cameroons. All of these are aside from the fact Abachaa��s military government was in the habit of arm-twisting other ECOWAS countries.

The federal Government always try to impose its preferred candidates in the states, failing which it will arm-twist the state government into doing its bidding, as we experienced during the Obasanjo, Jonathan and Buharia��s administrations in the present dispensation; while, before them, we had witnessed how the NPC/NCNC Alliance in the center, in 1965, overrode the wishes of Yoruba people, denied the creation of Middle Belt and COR Regions and the immediate post-war regime of Gowon and Murtala Muhammed systematically eroded what was left of Regional Autonomy; all of these while utilizing the Center to procure fraudulent Censuses to ensure continuous Northern dominance of the country.

Nigeriaa��s Constitutional fraud started in 1963, when, to ensure Chief Awolowoa��s imprisonment, the then Northern/Eastern alliance, which ensured Northern dominance of the country, effected a Constitutional amendment, declaring Nigeria a Republic, thus removing the jurisdiction of the Privy Council, which had found the entire Treasonable Felony Trials a travesty of justice. The Supreme Court, replacing the Privy Council, simply ratified the imprisonment. Nigeriaa��s National Assemblies since then had tended to maintain this Northern dominance with a progressive Unitarization which has now landed Nigeria where it is today.

From these, lack of representation by and of the various Peoples of Nigeria in the affairs fundamental to their existence is evident. And this is directly related to matters of Justice; for there can be no justice when representation is absent or denied and in the present context, we certainly cannot rely on representation from the current National Assembly.

The Assemblies, since 1999, automatically transform any existing military decree into an Act of the Assembly. This is not surprising since the Assembly exist to preserve the fraudulent Constitution that retains Nigeria as a Unitary State. The current National Assembly therefore do not serve and cannot be expected to serve the interests of the entire Peoples of Nigeria.

While the critics ignore these issues, the Church leaders tend to always want to a�?pray for the leadersa�? and a�?for the nationa�? without acknowledging the direct role of these leaders in the denial of representation and the abundance of lack of knowledge in and about the society; the church leaders thus become complicit in this effort and therefore could not contemplate any solution.

How then should we begin to address these issues?

a�?ooduapathfindera�? believes that the only solution is Autonomy for the Nations, where the fullest expression of the Nationsa�� relationship to God will manifest. Nigeriaa��s formal Architecture of State would thus be a Federation of Nationalities, allowing each Nationality to express its faith with her existential preferences.

This is the time for direct intervention by the Peoples concerned. On our part, a�?ooduapathfinder will engage other Yoruba groups, associations and individuals, of all religious persuasions, to prepare the Global Yoruba Nation to convene a Yoruba Constituent Assembly to ratify the Yoruba Constitution to be Legitimized with a Referendum organized by the same coalition of forces. This will serve as the Electoral Manifesto and Platform for the Yoruba preparatory to the 2019 elections and beyond. Members of the Church, especially in Yorubaland, must become part of this effort, for the interests of justice, faith in God and mercy from God to manifest.

Nigerian Unity, IPOB And The Use Of Military Force

THE MATTER OF 38 SENIOR ARMY OFFICERS

How To Achieve A Credible Electoral Process In Nigeria.

11 thoughts on “Of Tithes and Restructuring”