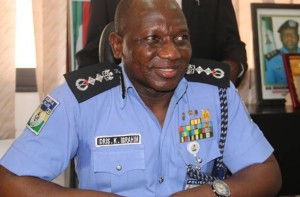 The Force spokesman, ACP Jimoh Moshood, in a statement in Abuja on Sunday, said anti-robbery equipment and 10 crew members were also deployed to the state.

The News Agency of Nigeria (NAN) recalls that armed robbers attacked five commercial banks in Offa, Kwara on April 5, during which 17 persons, including policemen and a pregnant woman died.

He said that the units which had arrived kwara would cover Offa and its environs as well as other vulnerable points in the state.

The spokesman added that the police teams would carry out intelligence gathering and raids on identified criminal and other flash points in the states.

He said that the team deployed to Kwara, working in synergy with the State Criminal Intelligence and Investigation Department in the state had arrested eight suspects connected with the bank robbery.

Moshood said that the team had also arrested 12 suspects directly responsible for the recent killings in Donga and Bali Local Government Areas.

He said that items recovered from the suspects were: seven AK 47 rifles, four locally made revolver pistols and 30 rounds of AK 47 ammunition.

Others were seven operational vehicles used by the armed robbers and assailants in the two incidents.

Moshood called on the residents of the states to be calm, support the police and promptly report suspicious acts or persons to the nearest police detachment or station for prompt action. (NAN)