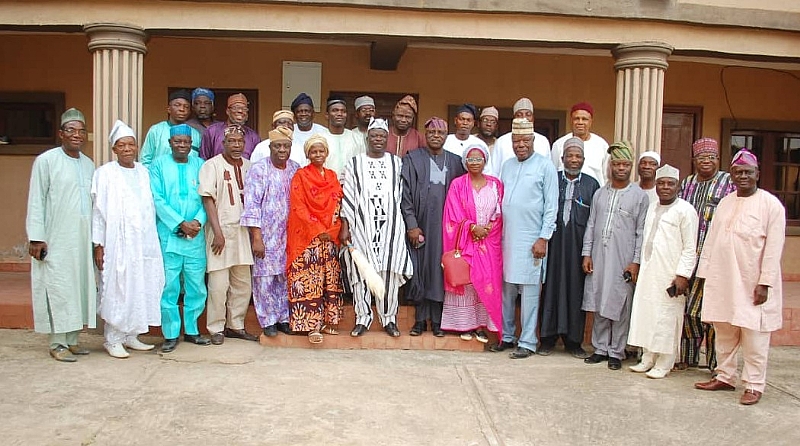 The Offa Professors Forum (OPF) comprising Offa-born top academics has demanded equity and fairness in the appointment of principal officers into the Kwara state owned tertiary institutions and government establishments.

At the inaugural meeting of the forum in Offa, Kwara state, the professors charged Kwara State Government to take deliberate steps to redress the lopsided nature of its appointment into Principal Officers' positions in the government establishments in the state, particularly the tertiary institutions.

The meeting which was co-chaired by Professor Bayo Lawal and Professor Sam Niyi Ojo observed that Offa is presently blessed with no fewer than 100 professors in virtually all areas of knowledge and serving in institutions in Nigeria and abroad.

In their separate presentations, the co-chair, Professor Bayo Lawal, the convener, Professor Hussein Bukoye Oloyede and the former by Professor Bashir Raji, former Vice-Chancellor of Fountain University, Osogbo highlighted the significant role of Offa to human capital development especially in the area of western education.

The forum said Offa placed a lot of premium on education as far back as 20th century and that this was stimulated by the establishment of St Mark’s (Anglican) Primary School in 1909 by the Church Missionary Society.

The academics also noted that the establishment of Offa Grammar School which was the first Community owned Secondary School in the then Northern Nigeria in 1943 by the Offa Descendant Union which resulted in production of a vast number of Offa indigenes and non indigenes alike who are well educated remained a milestone.

The professors observed that there is a noticeable decline in quest for education amongst our youth, especially among the girl child.

The forum said OPF would be providing informed advice to relevant authorities on emerging issues as might be required from time to time.

According to a communiqué issues at the end of the meeting where the forum said “Kwara State Government should be impressed upon to take deliberate steps to redress the lop- sided nature of its appointment to Principal Officers position in its tertiary institutions and other government establishments.”

The forum congratulated Professor MO Oyawoye, the beacon of academic endevour in Offa, for attaining the age of 91 years and launching of his autobiography. He prayed for more years of service to his motherland.

The forum also congratulated the Olofa of Offa, HRM Oba Mufutau Gbadamosi Oloyede, Esuwoye II, the Offa Descendant Union and all sons and daughters of Offa, for the construction and Handing Over of a 700 Million Naira Mobile Police Barrack to the Nigerian Police.

The OPF noted that it was the reminiscent of the community self-help spirit that gave birth to Offa Grammar School and other Community Projects.

The forum expressed its gratitude to Olofa of Offa for receiving members of OPF on courtesy call in spite of his busy schedule at the period. OPF also expressed its appreciation to Prof MO Oyawoye for granting audience to its members on courtesy.