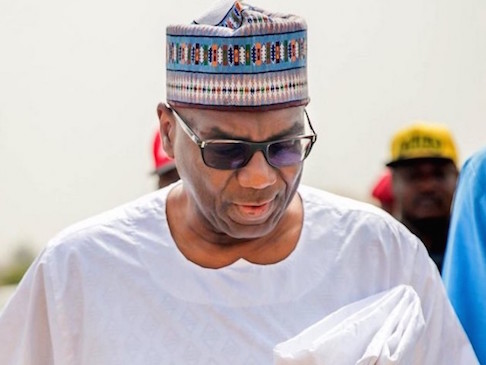 The Offa-born academics under the auspices of Offa Professors Forum, (OPF) comprising more than 100 professors from Offa, Kwara State has raised alarm over the ongoing site selection process of a substantive Vice-Chancellor for Kwara State University, Malete, describing it as jaundiced and inequitable.

The group in a press statement issued in Ilorin at the weekend said the ongoing process was fraught with irregularities from the very beginning and urged the incoming government to put a halt to it immediately.

The statement which was signed by the the Chairman of OPF, Prof Hussein Oyelola Bukoye Oloyede was made available to South West Bureau Chief of The Nigerian Voice.

OPF urged Kwara State Governor-Elect, AbdulRahman AbdulRazaq to put a halt to the current process. The group urged incoming government to appoint the most senior Deputy Vice Chancellor as Acting VC and then constitute a new equitable Council.

The university in accordance with its Act has set in motion processes that will usher in a successor to the incumbent, Professor Abdulrasheed Na’allah whose tenure expires in July, 2019.

At the close of applications last week, the University Council had set up, beside the statutory Senate-Council Selection Board and the search team, an internal screening committee to specially scrutinize applicants from within the university.

But OPF faulted the selection process, describing it as “skewed and constructed in line with the recent Ilorin Emirate Descendants Progressive Union’s (IEDPU) clannish public declaration that it holds the forever-right to KWASU headship because it is sited on the Emirate’s soil”.

OPF said, “With such mindset that is totally antithetical to the universality of a university and the expected academic excellence, the ideals of fair play and equity have been jettisoned for parochial sentiment”.

The group observed that given the kind of the university principal officers, where the Chancellor, Pro-Chancellor, Vice Chancellor and the Acting Registrar are all from Ilorin, it is certain that candidates from the emirate are not only favoured, outsiders will automatically be sidelined.

“The inclusion of Prof Mrs Temidayo Oladiji as Senate Representative while on sabbatical leave is unknown to global best practice while having competent professors in-house but who are perceived unnameable to parochial and primitive agenda of the Vice Chancellor Prof Na Allah and IEDPU”.

OPF frowned that a university that is supposed to be global in outlook has become clannish in disposition to the extent that it has taken such blight to the public.

“Beyond the fact that KWASU is founded and being funded by all the local government areas in the state, academic excellence is hinged on competence and merit.”

“The current subversion of an otherwise universally known process started with the expiration of the tenure of the Pro-Chancellor, Senator Shaaba who was then replaced by Alh Saidu both from Kwara North, while Mr Kola Abioye acted briefly with the demise of Alh Saidu.

“Instead of the confirmation of Mr Kola Abioye as the substantive Pro Chancellor, Prof Saka Nuhu, an Ilorin indigene was appointed to complete a selection committee completely dominated by Ilorin Emirate”, the group noted.

OPF insisted that the appointment of a Vice Chancellor ought to go beyond ethnic or religious colouration such that has been deployed.

OPF statement stated further ,“We are not unmindful of all the efforts to subvert the process in favour of an Ilorin indigene after being in the saddle for ten good years but we were hoping that being an Islamic community, fair play, equity and even Islamic injunction would guide their conduct. Qu’aran says you are not a good Muslim until you want for your neighbor what you desire for yourself.”

“We reject in totality a jaundiced process where Ilorin is already favoured. We want the best for the university but either from the North or South. We are not saying that there is anything wrong in having an Emirate candidate appointed as VC if the selection is purely on academic and managerial merit and not because a section believes that it is her perpetual right to hold on to the headship.”

“Let Ilorin establish their own university and no one will begrudge them on what they do with it, if mediocrity is their watchword”, the group averred.

Be Your Brothers and Sisters Keeper- Osodieme Urges Ndi Anambra