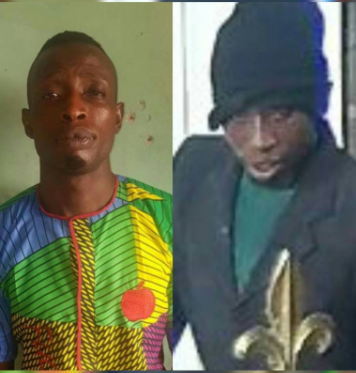 A leading pro-democracy and Non-Governmental body – HUMAN RIGHTS WRITERS ASSOCIATION OF NIGERIA (HURIWA) has condemned the secrecy surrounding the police handling of the suspected armed robbers that robbed banks recently in Offa, Kwara state and the murder of the kingpin – Michael Adikwu.

Besides, HURIWA has called for a comprehensive audits of the detention facilities of the Nigeria police force by a combined team of the United Nations special rapporteur on extralegal execution, National Human Rights Commission (NHRC) and credible pro-democracy organizations to take inventory of the human rights situations and the alleged high rate of police extralegal executions of suspects.

“We are shocked that since the suspected “Billionaire Kidnapper made the allegation before the Lagos state High Court that he was made by the police to witness extra judicial killings of ten suspects, the Nigerian central government and the National Human Rights Commission never bothered to immediately investigate this weighty allegation. We are worried that the Nigerian state has normalised extralegal killings by police and the widespread use of torture on suspects. These evil practices are antithetical to the himan rights provisions enshribed in chapter 4 of the 1999 constitution which absolutely prohibits the unse of torture and extralegal killings. We totally condemn this practice and particularly regard this current case as a litmus test for this government to either clear the air on the plot to politically manipulate the Offa robbery with the diabolical objective of forcing some of the suspects to implicate the number one political rival of the President. Why was it the principal character who reportedly exonerated the Senate President Dr Bukola Saraki from the crime that has now been murdered? This means directly that the Force headquarters has something to hide”.

HURIWA specifically condemned the suspected murder in police detention facility of the principal suspect in the Offa robbery with the suspected plot by the police to politically implicate the senate president of the Federal Republic of Nigeria in order to settle scores.

The Rights group expressed dismay that the handling of the Offa robbery case by the police has been marred by political manipulations and sinister plots to rope in the major political rival of the president who is the appointing authority of the Inspector General of Police.

HURIWA said apart from the high powered audits of all police detention centers by high profile team to be drawn from the United Nations and Nigeria, the Kwara state government should constitute a judicial commission of inquiry to ascertain the circumstances leading to the suspected murder of the principal suspect in the Offa robbery to unravel the alleged plot to rope in the holder of the office of the Senate president.

HURIWA recalled that a dismissed police constable, who is a principal suspect in the Offa bank robbery, Michael Adikwu, is dead.

HURIWA recalled that the Kwara State Attorney General and Commissioner for Justice, Mr. Kamaldeen Ajibade (SAN), disclosed this at a Kwara State High Court on Wednesday when five of the six suspects were brought to court for arraignment.

However, Michael Adikwu, who was said to have confessed to being the mastermind of the bloody operation, was not in court during the arraignment.

1,878 lives lost in clashes between farmers and herdsmen in Benue – Gov. Ortom

9 thoughts on “Offa robbery: Murder of Kingpin must be probed: – says HURIWA”