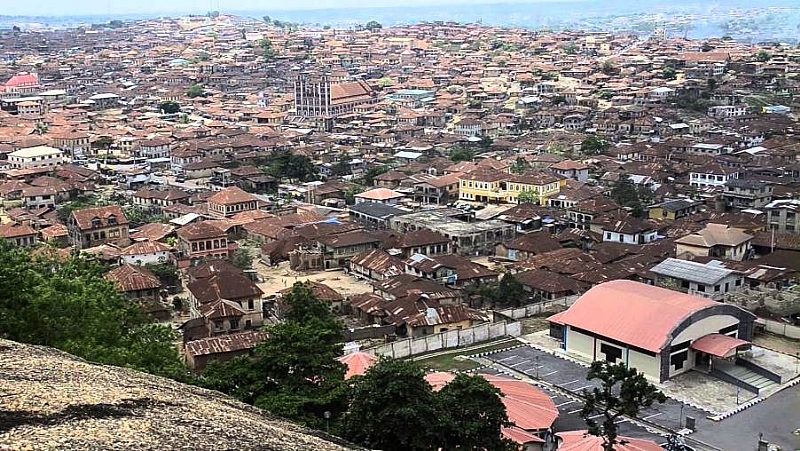 2019 electoral cycle is fast approaching and as usual, politicians are seriously preparing for various battles genuine and otherwise; but who should actually govern Ogun state from May 29, 2019? From where?

At many occasions in recent past, the executive governor of Ogun State, His Excellency, Senator Ibikunle Amosun has made it public that for fairness and equity sake; he would give his full backing to a Yewa governorship candidate since no indigene of that part of the State has occupied the seat since the creation of Ogun State forty-two years ago. It was the same reason that the former President, Chief Olusegun Obasanjo is said to have also thrown his weight behind a Yewa candidate for 2019 governorship race in the State.

It is common and most likely that an incumbent will prefer to have his ally or lackey take over from him maybe to continue his legacy or cover him up of any perceived or real misdemeanor while in office and it is on the basis of this that I am interrogating the sensibilities of Ogun State citizens and residents if it is healthy and proper for our existence as Ogun State indigenes to be traded or as compensation for political gains?

A window look into Governor Amosuna��s tenure thus far will describe Ogun state as a fast developing state with the great infrastructural developments a�Zbut is Abeokuta the only city/town in Ogun State or is it a case of Gov. Amosun seeing only Abeokuta as the entire state? Aside the fair, just and equitable agitation of Ogun West and the reawakening of rested and outdated divisional rotational arrangement of the old by Ijebu Agenda protagonists; it may not be out of place that the singling out of ONLY Egba majorly for infrastructural upgrade by the outgoing governor may be the reason other zones in Ogun state want to be the next governor.

Without mincing word, Gov Amosun is doing what he deemed fit to the best of his ability as It is believed in some quarters and mostly his followers that he has turned the state around in terms of legacy infrastructures, security of lives and properties and attraction of massive investments but many concerned indigenes of Ogun state are asking questions as to: Are these development spread across all zones of the state and how rational are these projects considering the economic potential of different areas of Ogun State.

Although, it is a consolation that most of Gov. Amosun achievements could be a stepping stone for the next Governor, provided he/she is a broadminded person but even though the public were made to believe that Ogun State is now the new heaven on earth but several of those projects remain mirage; for instance:

A� Border towns like Mowe, Ibafo, Sango, Akute, Agbra , etc are left in deplorable states with little or no plan for rural-urban integration; whereas, these are towns that could have become the money pit for the statea�Z.

A� When Ogun state was celebrating its 40years of creation several projects were commissioned but how completed were the projects; like many road projects outside Abeokuta city, the Mowe – Ofada road was dualized but just one section of the road was completed leaving the other section in deplorable state

A� Several modern schools were commissioned too but few are operational and functional, one year after commissioning.

A� Expected primary health care should be free but on a visit to few of the healthcare facility specifically in Mowe and Odogbolu, it was observed that the facilities are underfunded with few or no expertise and required drugs not available causing the communities to travel far for adequate health care.

A� It was reported that Ogun State paid 13th-month salary to civil servants in December but on interactions with many civil servantsa�Z, it was shocking that Gov. Amosun owes several months salary and also pensioners in the state have no hope for gratuities anytime soon

A� Further information revealed that the pyramid of rice displayed to show 110,000 bags of rice actually housed not more than 2,500 bags of rice. It was revealed that no rice of such magnitude was planted in any part of the state and none of the rice mills displayed during the launch were functional. The little ones displayed by Amosun are the ones he bought from different sellers across all the market in the state. Various insider report then backed this information with a detailed picture of how the governor, Ibikunle Amosun had deceived the CBN governor and others that graced the occasion.

A wider look around Ogun State will show a state not only in need of a Governor, but one that:

Let’s prepare well to handover the Job to the best man whose experience, intellectual well to do and exposure would take Ogun state back to its right position in economical, infrastructural and educational realization.

Leta��s get our PVCs; it’s time to play our roles as CITIZENS, Irorun de tan!!!

10 thoughts on “Ogun 2019: To be Traded or as Compensation for Political Gains?”