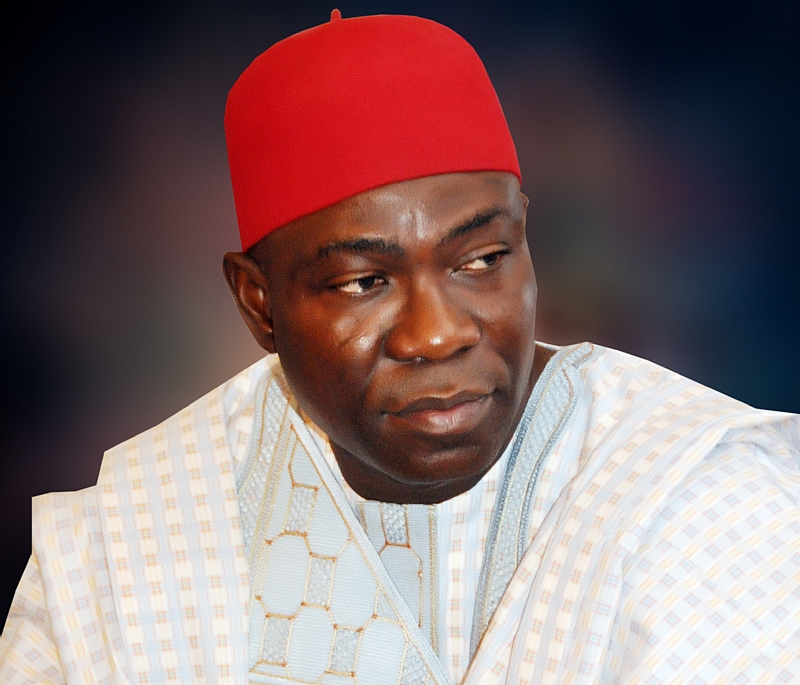 The Ohanaeze Ndigbo Enugu State Chapter at ita��s 15th executive meeting held on Tuesday, February 20, 2018 at No 7 Park Lane, GRA, Enugu, reviewed with immense satisfaction the roles of our illustrious son, His Excellency, Sen. Ike Ekweremadu, PhD, CFR (Ikeoha-Ndigbo) in the affairs of this nation. We also observed with innermost gladness that the Ikeoha dispositions have attracted various awards and honours from a wide spectrum of credible and reputable organizations both in Nigeria and beyond. It is also noteworthy that these awards come in such a quick succession for the discerning minds to appreciate the hand of God in Ikeoha. Some of the recent awards include: the Outstanding Citizen of the World, 2017, by the Rotary Club; the Outstanding National Legislator of the Year, 2017 by the Independent Newspapers Limited; the Law Maker of the Year 2017 by the Silver Bird. Prior to the recent chain of awards, Ikeoha has received the Doctor of Laws, LLD Honoris causa, University of Uyo, Akwa Ibom State; Doctor of Laws, LLD, Honoris Causa, University of Nigeria, Nsukka (UNN). He has also been decorated with the Dr. Kwame Nkurumah Africa Leadership Award, Etc; and above all, the Commander of the Federal Republic (CFR). These awards, among numerous others, have shown that Senator Ekweremadua��s commitment to good and responsive governance and also the deepening of the tenets of inclusive democracy in Nigeria has not gone unnoticed.

Since his emergence on the political scene, Senator Ekweremadu has left no one in doubt about his vision and mission in public service, which is anchored on service to humanity and also the unity of Nigeria. His belief in the Nigerian project is infectious, which underlines his conviction that a united Nigeria can be enthroned where every citizen can actualize his or her potentials in any part of the country irrespective of the persona��s ethnic or religious background.

That Senator Ekweremadu has pursued these beliefs through robust, intelligent and bipartisan legislative engagement is not in doubt. Realizing that the legislature is the engine room of any functional democracy, he has initiated so many bills and motions that bear directly at the nationa��s unity and welfare of the citizens. This explains why both the Independent Newspapers Limited and the Silver Bird are one page in their resolution that Distinguished Sen. Ike Ekweremadu, PhD, CFR is the most outstanding law maker in today Nigeria. Ohanaeze believes that accolades to Ekweremadu is not only a credit to Ndigbo but a tribute to democracy in Nigeria and the African continent.

Senator Ekweremadu has not only proven to be an outstanding legislator, he has also shown the world the humanity essence in him through his massive philanthropy especially in human capital development as well as infrastructural development, not just in his primary constituency but also throughout Nigeria. That he has, in the face of numerous challenges, kept faith with the Nigerian project and the good of our people is indicative of his vision and mission as a consummate and accomplished lawmaker; and an outstanding statesman.

Ohanaeze Ndigbo, Enugu State is proud of this visionary and exemplary leader and urges him not to relent on his oars. We salute his courage in always standing up for the truth even when others find solace in political expediency and lack of will to stand up to be counted. We join millions of Nigerians in commending Ekweremadu essentially because in him we see hope for this country and the possibility of the emergence of a new-breed Nigerian leaders that are not cocooned by religious and ethnic hangovers.