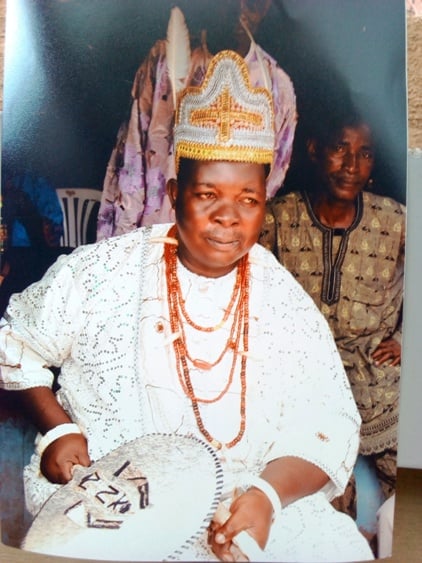 Prince Okwudiri Agbo alleges that he is the Igwe-elect of Obuno community in Akpugo in Nkanu west local government area of Enugu state. His coronation has been a subject of litigations as a result of what he calls his a�?classification as Ohu by a class of some people in his communitya��. In this interview, he narrates the ordeal of his people over the Ohu caste system, and calls for a change of heart. The excerpts.

You allege that you were elected Igwe of your community but you are not recognised by the government. What is the matter all about?

I was elected as the Igwe of my Obuno community some time last year. But a class of some people in my community, for a reason best known to them, tagged me and my people as Ohu or slaves, and vowed that I would never be the Igwe of our community because, according to them, I am not a free born . But I have over eighty-five support of the community, compromising children and the aged. They are all behind me. They say I should go and deliver them from their age-long bondage. As God may have it, Nigeriaa��s constitution says the community selects its Igwe while the government does the recognition. In this modern world, government does not impose anybody on any community. Since I have been elected by my people, I am optimistic that government recognition will soon manifest.

Were you selected through the ballots?

I was elected through an election which I won with a landslide. I won because the other contestant refused to appear on the election day, which means that he had conceded a defeat. He did not state the reasons why he refused to appear, but I think he is not the peoplea��s choice. The essence of elections is to test onea��s popularity among onea��s people.

Why the delay in crowning you?

How has this tussle affected the people of your community in both human and infrastructural development?

It has been affecting our people generally in so many ways: in marriages, government presence and social activities. It has been oppressing us in all ramifications. On the surface, we are friends, but when it comes to marriage, they will claim that some are Ohu, thus cannot marry those they tag as a�?free borna��. I experienced the same, but I stood my ground. When I was getting married, some people in my community, went to my in-laws to say I was Ohu, and that they should not allow me to marry their daughter. Despite the level of our exposure and civilisation, some people bought into the idea and insisted that I should not marry their daughter. I insisted. Today we live peacefully and well blessed. I will say that the government of the day does not marginalise us. What happened is because of selfish interests. Some people will bid for developmental projects in our community, but will deliberately abandon them without implementation. It is also affecting everybody in our community: no good road, schools, health-care facilities, among others. Till today, a part of my village does not have electricity. It was the effort of the community that brought about the electric poles that are there today. In the past, we were being told that somebody in our community was given the contract, but he did not implement it. The only primary school in Obuno community has been abandoned for a long period now. I would not say the previous governments marginalised us, but our brothers did. Any time they want something, they look for ways to suppress some unnecessarily. I always make a reference to Enugu State Governor Ifeanyi Ugwuanyia��s statement that a�?at general elections, every eligible person would cast their votes, but when it comes to Igweship, some people would claim some people do not belong or cannot votea��. His statement catches the whole irony of what we pass through as a result of mana��s inhumanity to fellow men.

How would you assess the stance of the Enugu state government in this matter?

The governor is a Godly man. He made it categorically clear that such practice is inhuman. He even said that injustice would never survive in his tenure. I trust him because he is a man of his words. I believe that he would keep to his promises. Since the inception of democracy in the state, it is only the administration of Governor Ifeanyi Ugwuanyi that has given us such firm promises.

Have there been protests to press home your demands?

What message do you have to the wider people who may have the same predicament like you?

To me personally, the constitution has made it clear that it is unconstitutional and obnoxious to call anybody Ohu or a slave. My community, formerly they were saying Ohu, and now they baptized it to Obia, meaning a a�?strangera��, which I know that we are not. And people shy away from discussing the issue, thus allowing such to thrive. I am a free born of Akpugo, and I am not a stranger. In the history of Nkanu land, nobody ever said he bought anybody with money. Everybody came to settle in any place, not only in Akpugo, but the world. Everybody is a settler. The only issue is who settled first. Even at that, matters about dynasties are uncalled for because even if you settle today, the person that settled 100 years ago cannot tell you that you are not entitled to your rights. The constitution of the Federal Republic of Nigeria cancelled that. So nobody should talk about it generally.

What happened in the past was that the less privileged ones served the prominent ones, a kind of structural classifications. It is similar to the recent days of apprenticeship after which the apprentice is settled. That does not make anybody a slave or Ohu. I dona��t know why this Ohu practice is being practised in our land, especially when the British administration has abolished the practice ab initio. Our case is just political. Some people are after their selfish interests and have concocted these things to subject others to unnecessary discrimination and maltreatment. It is inhuman. I dona��t know where the story of slavery comes in. I said it before: I will trade whatever I have to pay to anyone who will objectively tell me the fundamental genesis of the story of Ohu and Amadu in Nkanu land.

What message do you have for your people to ensure peace in the land?

It is unbelievable in this age how we are being discriminated against by our people. I call myself a prince because my forefathers were the first warrant chiefs in Obuno community, and that makes me a prince. Before 1976, there was nothing like Igwe. What was in vogue then were warrant chiefs. Our people should keep all these negative trends aside so that we can live together and peacefully. It is not good and not of God. It should be abandoned. I have never seen anybody bearing six finger nails. We are all born equal. God created all equal, and blesses whoever He wants to bless. I call for peace and unity. If we are in peace, we shall have much development. It is a pity that Nkanu land is retarded developmentally despite our blessings in both human and material resources. We do not progress as we ought to be. The reason is that when there is no harmony, progression is hampered. We should love ourselves and embrace peace.

What is your assessment of Gov Ifeanyi Ugwuanyia��s administration?

Governor Ifeanyi Ugwuanyi is God-sent, and he is a man of the people. He is the peoplea��s choice. Left for me, I would say that there should be no election come 2019. He has to go back automatically. Truly, Enugu state is in the hands of God. The governor has demonstrated this by putting God first in everything he is doing. Success shall be his. We have organised a rally to mobilise our people to obtain their votersa�� cards ahead of the 2019 governorship election in Enugu state. Our support is 100 percent, and we dona��t want to lose a single vote to any other person. This is our resolution and there is no going back.