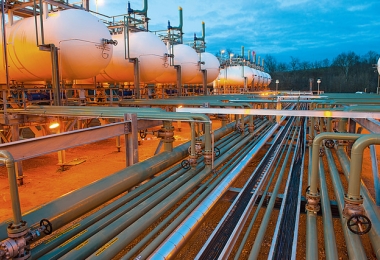 Africa will emerge as a major player in natural gas markets as a producer, consumer and exporter with gas output poised to more than double in the next two decades, the International Energy Agency said in a new report at the weekend.

The share of gas in the energy mix in Africa is projected to rise to around 25% by 2040 from 5% now, according to findings from IEA’s Africa Energy Outlook 2019.

IEA said the future for gas in the continent could look different due to a series of major discoveries in recent years — Mozambique and Tanzania, Egypt, Senegal and Mauritania and South Africa, which collectively accounted for over 40% of global gas discoveries between 2011 and 2018.

“These developments could fit well with Africa’s push for industrial growth and its need for reliable electricity supply,” the report said, as Africa will observe a huge rise in its population and the rapid industrialization of its economies, which will surge in the coming decades.

Oil production will plateau in the next two decades, as gas becomes a bigger priority for the key oil and gas producers.

Oil output will reach 8.2 million b/d by 2040 compared with 8.4 million b/d in 2018 while gas production will surge to 317 Bcm in 2040 from 240 Bcm last year. Mozambique, Tanzania and Egypt will be the main drivers of gas production, according to the report.

But developing gas infrastructure will be a major challenge because of “typically small market sizes and concerns about affordability,”the report added.

With an oversupply looming on the gas market, “much will depend on the price at which gas becomes available along with the development of distribution networks, the financing available for infrastructure and the strength of policy efforts to displace polluting fuels,” the IEAsaid.

Africa’s importance in the global oil and gas markets will increase to the “growing appetite for modern and efficient energy sources.”

Oil demand in the continent will grow by 3.1 million b/d between now and 2040 due to the doubling of the car fleet along with increaseddemand for LPG as a cooking fuel.

This is higher than the projected growth in China and second only to that of India, IEA added.

On the gas side, Africa will become the third-largest source of global gas demand growth over the same period, outlining its importancenot as a produce but also has a consumer.

The report, however, sounded a note of caution to Africa’s oil, energy products and gas producers and that due to the changing development models in Africa, countries that are highly dependent on hydrocarbon revenues are coming under increasing pressure.

African governments need to put policies in place to accelerate production growth to serve domestic demand and develop strategies to maximize the value of their resources, the report said.

Three things I did while in prison — Obasanjo

5 thoughts on “…Oil production to remain flat, gas output to more than double”