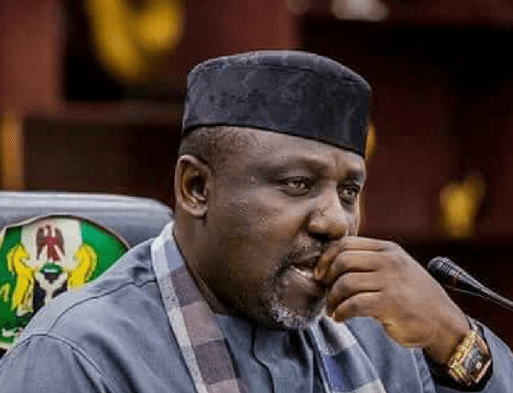 In what may be described as high level of desperation , Information that filtered has it that governor Rochas Okorocha of Imo State has released 43 Million Naira to Youths of Ohaji/Egbema to induce them to support his Son Inlaw Uche Nwosu in his new party DPP.

An insider who wouldn’t want his name on print disclosed that the youths of the LGA will share the money but will have no business with an unknown political party. He condemned the actions of Chief Okorocha over his insistence on Mr Nwosu as governor , advising him to desist from further spending of state funds having seen that Imo people have rejected him .

Our checks revealed that two days ago the money was handed over to some youth leaders in cash on the directives of the governor. A text message was forwarded inviting several youths to a secret meeting where Governor Okorocha plans were totally rejected and the idea to switch over to another party with Nwosu condemned but that the money should be shared since it’s the peoples money

Algon To Engage Over 3,000 Farmers