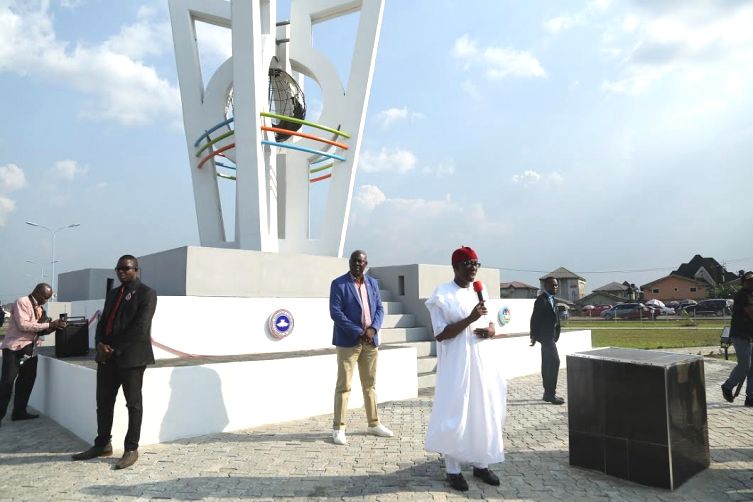 The organized private sector has been charged to meet up to their Corporate Social Responsibilities by involving in the development of projects, the Delta State Governor, Ifeanyi Okowa, has said.

Governor Okowa made the call at the weekend during the commissioning of the DSC roundabout at Ebrumede in Uwvie local government area, developed by the Redeemed Christian Church of God, Champions Cathedral, Warri.

The governor while noting that it was the first project contributed by the church to be commissioned during his administration stated that it was important for the organized private sector and individuals to contribute to the development of the society.

“I want to thank God for what I am seeing this afternoon; the last three years have been challenging, but, some corporate organizations and well-meaning individuals have continued to support us by engaging in development projects,” he said, stating, “we have seen individuals assisting us by building schools, constructing roads, but, this is the first time we have seen the church undertake such a large project”.

He continued: “I am proud of this place and for the church to think about this shows that it is not just about propagating the word but, impacting on the society”.

Governor Okowa who was accompanied to the occasion by a retinue of political office holders emphasized, “I challenge other well-meaning individuals and organizations to be involved in the development of the society because, government cannot do it alone, they should meet with their social responsibilities; I thank the church, the people of Uvwie for this project and I want to charge the Chairman of Uvwie local government area to ensure that this place is well maintained to encourage others to contribute to the development of our state”.

Chairman of Uwvie local government area, Hon. Ramson Onoyake in a brief speech, thanked Governor Okowa for his leadership style which has given confidence to private investors, assuring that the Uvwie local government council will ensure the maintenance of the roundabout.

Pastor Emmanuel Emefienim of the Champions Cathedral disclosed that the project was one of the corporate social responsibilities embarked by the church across the state.

He stated that the church will continue to embark on projects that will support life and ensure good governance and thanked Governor Okowa for his assistance that made the execution of the project to come to fruition.

The General Overseer of the Church, Pastor E. Adeboye, the Ovie of Uwvie Kingdom were represented at the occasion which also, featured special prayers for the government and people of Delta State.