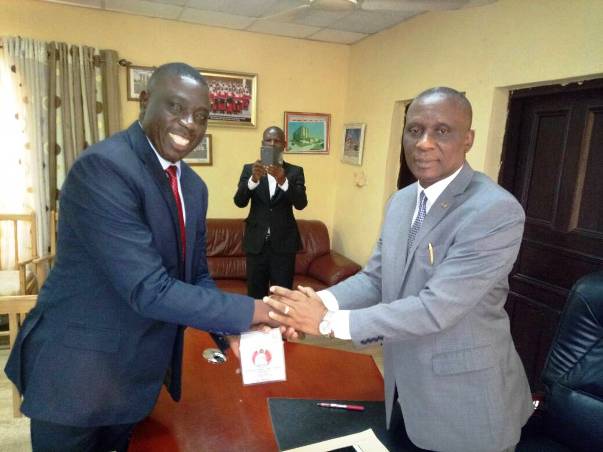 The Delta State governor, Dr. Ifeanyi Okowa has called on Nigerians to support the Economic and Financial Crimes Commission in the fight against corruption in order to secure the nation’s economy. The governor stated this, March 8, 2018 when he received officers of the Benin Zonal office of the Commission who paid him a courtesy visit in his office. Hear him, a�?partnering with the EFCC and other security agencies will go a long way in securing the economy of Nigeria,a�? he said.

The governor, who assured that the state government will work with the EFCC to tackle corruption in the state, lamented that one area where economic crime has assumed a frightening dimension was illegal oil bunkering. According to him, aside the loss of money by the federal government, the environment also suffer from degradation through constant destruction of oil pipelines. He therefore charged the Commission to collaborate with other sister agencies to bring those responsible to book.

The EFCC team which was led by Mailafia Yakubu, had told the governor that the EFCC officially commenced operations last year in Benin City, Edo State and that the Benin Zonal office, covers Edo, Delta and Ondo States. He said the essence of the visit was to ask for the support of the state government so that the EFCC can effectively deal with economic and financial crimes especially oil theft and advance fee fraud.

The EFCC team also paid a courtesy visit to the Chief Judge of Delta State, Justice Marshall Umukoro, where Yakubu commended the Nigeria judiciary for their effort in the fight against corruption. He said the hundreds of convictions which the EFCC has secured since its establishment would not have been possible without the support of the judiciary.

The state chief judge who commended EFCC’s efforts in combating corruption, however urged the agency to avoid coming to court with cases which can easily be settled through dispute resolution mechanism, a�?Avoid using a sledge hammer to kill a fly.a�? he stated.

The EFCC team also visited the State Commissioner for Police, Muhammed Mustafa who pledged the support of the Nigeria Police to the EFCC.

US Secretary Of State, Rex Tillerson, To Visit Nigeria