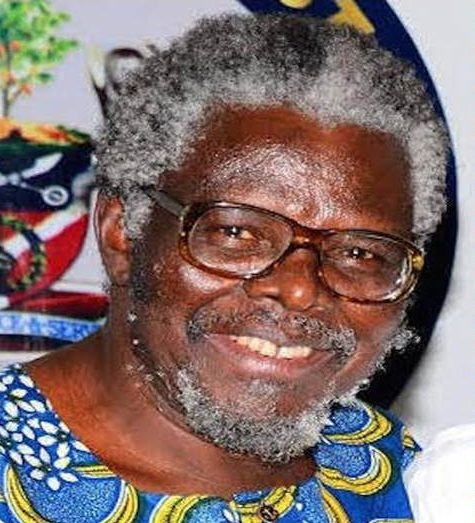 For almost a year now, since I resumed writing for publication in the media, I have deliberately referred to the Nigerian Left—my primary concern in this ideological and political enterprise—as if it is a homogenous or monolithic entity. But I know that most of my readers know, as much as I do, that the Nigerian Left—described here as the aggregate of Nigerian Marxists, socialists and pro-people radical democrats—is neither homogenous nor monolithic and has never been.

Even the Marxist group, the ideological core and the most self-conscious subgroup of the Nigerian Left, is far from being homogenous or monolithic. It has been defined, in part, by many differences, some major, some relatively minor. The question then is why I have continued to give this “false” impression of homogeneity and monolithism. I shall, in the present piece, attempt to answer this simple, but important question. This will lead me to a presentation, in summary form, of the differences I had “pretended” did not exist or had vanished or had dissolved.

I had written the preceding 25 or more articles as if differences did not exist or no longer existed in the Nigerian Left as the first step of a tentative new way of promoting internal unity in the movement. Put more directly: I have been presenting all fractions and factions of the movement with verifiable historical facts, analyses and basic common tasks whose critical adoption, I believe, can begin or significantly advance the project of unification. The common basic tasks which, as we may recall, include the drafting of a people’s manifesto, seeking political alliances, constructing a research and coordinating centre and establishing a journal, have all been informed by our experienced and lived differences, past and current.

From these articles a not-too-young Nigerian Leftist can recall specific issues which have divided the Nigerian Left for a very long time—at least since the First Republic (1960-1966). Some of them have been substantially resolved, transcended, eliminated or transformed by history; some are not now active because of the decline in Leftist political activism; some others are still active; and several others have now been sharpened by history.

The issues, randomly listed, include: Reform or Revolution; the National Question; type of organization (vanguard, mass or combined formation); strategy for revolution (bourgeois/electoral politics or armed struggle); modes and forms of open popular–democratic struggles; the women’s question (that is, feminism); principles, rules and methods of organization; “permanent revolution” or “revolution-in-stages”; the places and roles of the working class, intellectuals, the peasantry, the de-classed masses and the “middle” strata; principles and structures of governance after victory; democracy and dictatorship in the organization and in the country; concept and reality of capitalism and imperialism.

In trying to properly formulate, organize and classify these differences or areas of differences I would like to tentatively adapt the French Marxist philosopher, Louis Althusser’s categories—determinant and dominant—which he employed in the analyses of factors and contradictions in social formations. But I would add a third category, secondary. Thus, a difference in the Nigerian Left will be described as determinant if it goes to the very roots and foundations of Leftism. An actually-lived illustration would be a consistent anti-working class ideological or political inclination in a Leftist group.

A difference will be described as dominant if, not being determinant, is serious enough not only to deeply or violently divide the movement politically but can set Leftists and leftist groups in armed conflicts against each other—each side fighting alone or in alliance or in combination with non-Leftist or anti-Leftist forces. An actually-lived illustration is the experience of the Nigerian Left during the Crisis and Civil War (1966-1970). Another illustration is the range of positions and attitudes in the Nigerian Left in the current period on the National Question— from “fiscal federalism”, through “restructuring” to “self-determination”.

Finally, a difference will be described as secondary if it is neither determinant nor dominant but is capable of leading to factionalism and significant weakening of the movement’s overall effectiveness, influence and authority. Secondary differences appear mainly in organization, administration, discipline, methods, attitudes, tactics and other spheres that are often collectively regarded as “subjective”. A current illustration of secondary difference which may grow into dominant difference is the range of attitudes in the movement on the question of alliance with, or membership of, ruling class political parties and groups.

As further elaboration, I would like to present, at this stage, fragments of what I said on the subject of Left Unity in my 2016 book of six essays, The Nigerian Left: Introduction to History. In the third essay, on pages 75-79, I listed some “dangerous ideological trends” and proposed that their existence had led to differences that had, in turn, constituted “the greatest obstacles to the development of a unified strategic focus within the revolutionary movement”. The trends included: Infiltrationism, Putchism, Opportunism, Proprietor-ism and Sectarianism. They can all be classified as secondary differences.

Infiltrationism, according to the 2016 book, is the “belief that any type of ‘state power’ can be used by socialists to build socialism; this explains the adherents’ insistence on the primacy of ‘capture of state power’. This dangerous trend—which is a strange combination of revolutionary impatience, loss of faith in the masses’ capability and opportunism—leads, in practice, to the denial of any need to create a separate socialist organization. Putchism, on the other hand, is “the search for the ‘quickest road’ to socialism, and hence, the reduction of socialism to technical, not political and ideological project”.

Opportunism as I defined it, is “essentially the adoption of the socialist platform, not for the promotion of the working people’s struggles for power and socialism but for the purpose of personal promotion and enrichment, as a bargaining weapon with the Nigerian bourgeoisie and the bourgeois state”.

Proprietorism “is not opposed to Left Unity in the absolute sense; it accepts unity provided it takes the form of enlargements of the adherents’ groups and the retention of the adherents’ leadership positions”. Sectarianism “is the perpetual incapacity to transcend, or the permanent and conscious embrace of, primitive and localized organizational work, perpetual lack of an overall national revolutionary perspective.

Let me end these notes by repeating the core of the proposal I made in the piece, In this 20th year of ‘democracy’ (June 13, 2018): A small ad-hoc group of serious and committed Nigerian Leftists should volunteer and select themselves and prepare, for the Nigerian Left, a draft people’s manifesto, a draft programme and structure, and a draft memorandum on participation in electoral politics. The group should then convene a “unity conference” and present the three documents. The next stage will be dictated by the proceedings and outcome of such a “unity conference”. It is, however, necessary to insist that to be able to move the Nigerian Left forward in the sense of history, individual contents of the draft documents may be tentative, but should not be ambivalent on any major concrete question before the nation, before the masses or before the Nigerian Left.

Coza Rape: Pastor Biodun Fatoyinbo Should Submit Himself To A Dna Test While Wole Soetan And Folarin Ogunsola Should Submit Themselves To A Polygraph

185 thoughts on “On differences within the Nigerian Left”