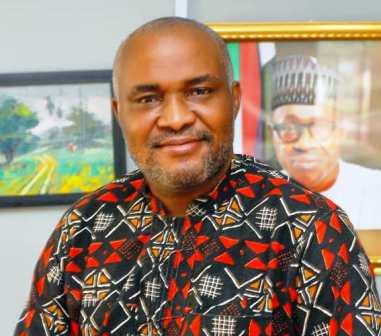 The Chief of Army Staff Lieutenant General Tukur Yusuf Buratai has just effected a change of name of the routine military exercises that the Nigerian Army usually organised in South East of Nigeria just as it simultaneously host same exercises in different other regions with peculiar code names to reflect the symbolism of the military exercise.

In the South East, it used to be Operation Egwu Eke or Python dance (which was seen as declaration of war by most persons even when these fears may not be properly anchored in some phases of this exercise in the past) but now to be called Exercise Atilogwu Udo meaning operation Dance for peace.

This is phenomenal and this should do a lot more to win public support especially if the Army operatives respect human rights and help to fix some broken infrastructure in the East.

For instance, the Army engineering department can be deployed to fix one or two of the many collapsed roads infrastructures in the South East of Nigeria.

To the issue of the legal necessity for public support of a law based war on terror and promotion of national security, I wish to emphasise that Terrorism and insecurity are twin evils which have bedeviled the Nigerian State for a prolonged period now.

Although the term “terrorism” has posed legal definition challenge, its peculiar characteristics manifest in motive founded on ideology, identifiable by signature violence and targets primarily intended to compel compliance.

In the wake of the 9/11 terrorist attacks in the USA, the United Nations Security Council (UNSC) passed Resolution 1373 which required member states to make not only terrorism a serious crime in domestic legislation along with terrorists funding and but also other ancillary offences.

The first direct attempt at tackling the problem was included in some sections of the EFCC (Establishment) Act 2004. A comprehensive Terrorism Bill was proposed at the National Assembly 2005 but did not pass into law. However, the situation changed with the passage of the Terrorism Prevention Act of 2011 which was amended in 2013 (referred herein as TPA).

Be that as it may, the problem of Nigeria is not the lack of applicable laws in the different spheres but lack of proper or outright non-implementation. This is so much a norm that it is said our laws are better observed in breach. Government and the public cannot be on different levels of operation and expect to have a sane society, more so that the twin evils of terror and insecurity are largely by products of people-government interaction and to a large extent a measure of the state of health of the relationship. This makes this discourse a most relevant one at this time of our national life.

Legal Necessity of Public Support
No policy of government succeeds without public support. The war on terror is no exception. The primary way in which the law advocates support for the war on terror is the proscription of support for terrorism. Section 4(1) of the TPA provides that a person who knowingly, in any manner, solicits or renders support for an act of terrorism or a proscribed organization or an internationally suspected terrorist group, commits an offence under the Act and shall on conviction be liable to imprisonment for a maximum term of 20 years and a sentence of death where death results from the terror. It is interesting that support for terrorism is defined under subsection 3(c) to include offer or provision of moral assistance.

It is in recognition of the need to support the fight against terrorism and promote national security that in the case of Achem v. F.R.N. (2014) LPELR-23202 (CA), the Court of Appeal per EKANEM, JCA at pages 16-17, paras. F-A held thus:

“It should be mentioned that the applicant was convicted and sentenced for offences relating to terrorism which in recent times have grown in intensity and magnitude, and have become a threat to our national security. Courts should therefore be very circumspect in granting bail pending appeal to a person convicted for any offence relating thereto.”

The public must become decisive about terror by not only not supporting terrorists but also being willing to support the war.

Law based War on Terror and Promotion of National Security

In the same vein the government must engage in a law based war by enforcing anti-terrorism laws. Section 1A (4) of the TPA (as amended) empowers “the law enforcement agencies” to “enforce all laws and regulations on counter–terrorism in Nigeria”. Prior to the TPA, Section 46 of the EFCC Act 2004 defines “terrorism” to mean a violation of the Criminal Code or the Penal Code and with likelihood of endangering life, integrity or freedom, or causing serious injury or death with the intent to force the person(s) or body or government to do or not to do certain things or disrupt and includes financing or aiding terrorism. The punishment for the crime by Section 15 of the EFCC Act is imprisonment for life.

Section 1(3) of the TPA (as amended) defines an ‘act of terrorism’ as that deliberately done with malice aforethought and which may seriously harm or damage a country or an international organization. Any act also amounts to terrorism when it is done deliberately with malice aforethought and intended to unduly compel a government or international organization to perform or abstain from performing any act.

A terrorist act is committed when done with the requisite intent; it seriously destabilizes or destroys the fundamental political, constitutional, economic or social structure of a country or international organization by intimidation or coercion.

It also amounts to a terrorist act where it involves an attack upon a person’s life that possibly results in serious bodily harm or death.. Intimidating or coercing a government or international organization is a terrorist act where it involves or causes: the kidnapping of a person, or destruction of a government public facility, or private property etc. This is particularly so where the act is likely to endanger human life or result in major economic loss. By section 2 (b) (I), which defines terrorism as acts done to unduly compel a government or international organization to perform or abstain from performing any act the definition of terrorism is confined to non-state actors thereby excluding state terrorism from the ambit of its definition. There is an omnibus provision which criminalizes and treats as terrorist act ‘any act or omission’ in or outside Nigeria which constitutes an offence within the scope of a counter-terrorism protocols and conventions duly ratified by Nigeria

Nations which have achieved stability and national security are those which have elevated law above political, religious, ethnic sentiments. The present federal government advocates national security on the basis of sacrifice of not only individual rights but also the rule of law. It is important to note that by section 1 (3) of the Terrorism Prevention Act (as amended) strikes and demonstrations are excluded from the definition of terrorist acts, provided they are not intended to result in any harm referred to in subsection (2) (b) (i) (ii) or (iv) such as seriously intimidating a population, influencing a government or international organization by coercion or intimidation. The demands of citizens, whether individually or collectively, which accord with law is not terrorism and cannot be proscribed. Section 14(1) and (2) of the Constitution of the Federal republic of Nigeria, 1999 (as amended) provides that Nigeria shall be a State based on the principles of democracy and social justice with security and welfare of the people as the primary purpose of government. In the same vein Section 17(1) and (2) provides that the State shall be founded on ideals of freedom, equality and justice and that government action shall be humane and the independence and integrity of the courts shall be secured and maintained.

Closely related is the necessity to build institutions which the State utilizes in the war against terror and towards the promotion of national security. Paramount among these institutions is the judiciary with its Court. Unless there is the utmost respect for the Court and its orders, national security will remain a wish. The present Attorney General of the Federation, and by extension the Federal Government, has proven over time to have a misconceived idea of the interrelationship between respect of the Court and balance between private and public rights vis a vis national security. A case is point is the response of the IPOB and Islamic Movement of Nigeria which both addressed their proscription by the federal government as ridiculous in view of the fact that the same government has been culpable as regards Court orders. The matter may appear to have been settled, but it remains a volatile situation.

In the case of Safekun v. Akinyemi & Ors (1980) 5 – 7 SC, P. 25, the Supreme Court per Aniagolu, JSC held thus: “It is essential in constitutional democracy such as we have in this country, that for the protection of rights of citizens, for the guarantee of the rule of law, which include according to fair trial to the citizen under procedural irregularity, and for checking arbitrary use of power by the executive or its agencies, the power and jurisdiction of courts under the Constitution must not only be kept intact and unfettered but also must not be nibbled at … Indeed, so important is that preservation of and non-interference with, the jurisdiction of the Courts that our present Constitution has specifically provided in S. 4(8) that neither the National Assembly or House of Assembly shall enact any law that ousts or purports to oust the jurisdiction of a Court of law or a judicial tribunal established by law.”

This writer as well as HUMAN RIGHTS WRITERS ASSOCIATION OF NIGERIA (HURIWA ) therefore endorses the exercise Atilogwu Udo meaning operation Dance for peace as inaugurated by the Army Chief for South East of Nigeria and urge for public support. We urge the Army to respect the human rights of the citizens so as to win the hearts and minds of all citizens in the South East of Nigeria so security of the lives of the people and the society is maintained.

The Mallam Nasir El-Rufai’s Cosmopolitanization and Urbanization Framework: A Hope Towards the Realization of Ethnic Integration and An Open Society.

My Party (pdp) And My Position As A Critic.

26 thoughts on “On Exercise Atilogwu Udo in South East”