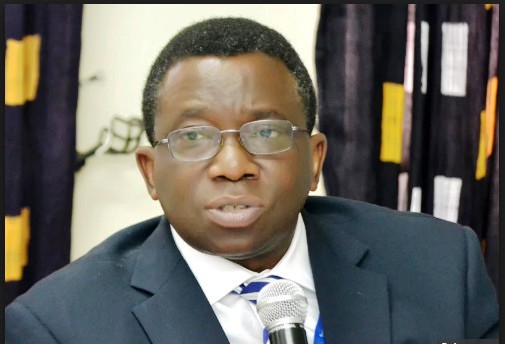 Prior to the strike action on Wednesday the 18th of April, 2018, JOHESU gave the federal government a 21-calendar and 30 working days’ forecast of the impending mayhem on the 5th of February and 5th of March respectively to enable her to redeem the promises she agreed to voluntarily implement on the 30th of September, 2017. The facts are there!

JOHESU as a responsible union that puts the health needs of the general masses as her most sacred responsibility did the needful by sounding an alarm of the strike to alert the government of her agreed commitment to meet to their demands, but instead the government chose to play politics to the detriment of the lives and health needs of her citizenry by not fulfilling her own part of the bargain.

It is pertinent to have a recourse to and as well put down the facts forming the fulcrum upon which our sober reflection hinges for effective analyses and seamless appreciation of our larger subject matter of discourse.

The bone of contention includes upward adjustment of CONHESS salary scale as also reviewed and implemented for doctors in 2014 and 2017 respectively in the same health sector; arrears of skipping of CONHESS 10 as agreed by the federal government in the previous negotiation with the JOHESU leadership; employment of additional health professionals to increase manpower for effective and efficient healthcare delivery in Nigeria; implementation of all court judgements, which the Minister of Health Prof Isaac Adewole has blatantly refused to implement, and an upward review of retirement age from 60-65.

We will demonstrate how the federal government’s actions and inactions in this matter have amounted to a corrosive subversion of the Nigerian Constitution. We emphasize the need for the federal government to avoid falling victim of the law of unintended consequences occasioned by its seemingly pronounced penchant for breaching sacred contracts between it and its workers.

For the avoidance of doubts, we shall sound the alarm of justice, equity and fairness as we echo the truth to the consciences of the various authorities in government, including the Federal Ministry of Health, Federal Ministry of Labour, Employment and Productivity, National Assembly and the Presidency to listen to the voice of reason as they rub minds together to further prevent the health sector from nosediving into a complete comatose as they accede to some pertinent demands by JOHESU.

Of some of these issues of pertinent concern being agitated for by JOHESU which have not being judiciously attended to by the federal government, Item iv (implementation of court judgements) shall be the main focus of discourse as we unearth the supremacy of court pronouncements on matters of legitimate concerns, especially as they affect JOHESU.

Industrial action has wide-ranging legal implications both on individual and collective nature. Employees take strike action to gain an alteration, and not termination of the contract. As neither side in the strike expects to be broken off at the end of the strike, the true intention of the parties is to suspend the contract for the period of the strike.

The corollary of the foregoing extrapolations strengthens the established postulation that it is within the legal rights of employees to resort to strike action in deserving cases to force a fair deal out of their employer's hand as it is now the case with JOHESU. One of the thorny issues being agitated for by JOHESU is the refusal of the federal government and the Federal Ministry of Health under the aegis of Prof Isaac Adewole to implement subsisting court judgements delivered in its favour after they were handed down despite repeated agreements between the parties to effect same. This again opens the pandora box of the deleterious consequences of disobedience to the orders of courts.

It is regrettable that Prof Isaac Adewole and Dr Chris Ngige, who are both representatives of the federal government, have blatantly refused to obey subsisting court orders/judgements, implications of which are very dangerous. Indeed for the politicians, the rule of law is non-existent until it suits their purpose, and it is only then that it is observed to the letter. Without a strict adherence to the rule of law, our nascent democracy and indeed our constitution will only be worth the paper on which it is written. What makes a great country is adherence to the rule of law.

The persistent refusal of the federal government to comply with subsisting court orders/judgments of the National Industrial Court of Nigeria (NICN) has sent the JOHESU workers home, thereby effectively putting our numerous health institutions under lock and key.

The consequences of the JOHESU industrial action are many. It deprives the JOHESU workers of their legitimate earning; shows contempt to the workers who voted her into office by shutting down their source of livelihood rendering them impoverished thereby; rubs the constitution of the Federal Republic of Nigeria which the state officials have sworn an oath to protect and defend to the best of their ability; encourages the rise of anarchy, anomy and lawlessness precipitating disaster thereby.

While the JOHESU conflagration rages on, the hapless masses, particularly the unfortunate patients lying critically ill and unattended to in different hospitals, are the ones holding the shorter end of the stick like the proverbial grass that suffers in the course of the fight between two elephants.

After all said and done, it behooves our government, Federal Ministry of Health, National Assembly, Federal Ministry of Labour, Employment and Productivity, both states and local governments, to do all within their powers to engage JOHESU in a constructive dialogue, build consensus and sincerely commit itself to a result-oriented decision that would effectively and comprehensively address the grievances of the aggrieved JOHESU workers and return them to our health institutions without any further delay.

This is one instance where further delay by the federal government ought not to be brooked. At the end, the government primarily still shoulders the grave constitutional responsibility of securing the “welfare” of the citizenry. This bounded responsibility cannot be said to have been fulfilled in the absence of functional health institutions.

The time to end this impasse is now or the Minister of Health Prof Isaac Adewole be sacked for his ineptitude and incompetence to resolving the pending strike action, disobedience to court orders/judgements and gross negligence of his statutory duties to the Nigerian people.

Chukwudi, Obinna is the national publicity secretary of Young Medical Laboratory Scientists Forum, and can be reached via [email protected], +2348165699699.

8 thoughts on “On Johesu And The Federal Government: A Thought On The Suffering Masses”