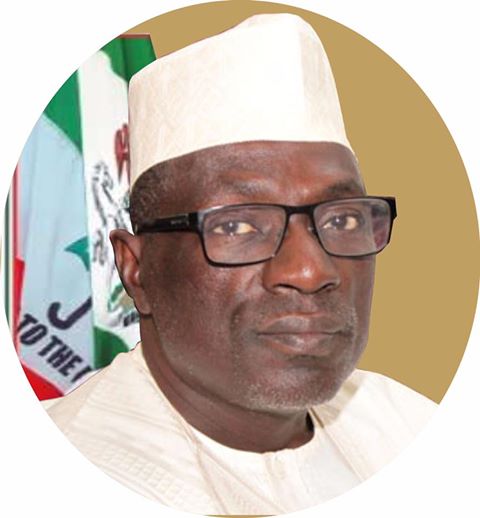 My first text message to him, introducing myself, and requesting for a 40-60 minute of conversations about his presidential aspirations, for my column, was not replied. Two days later, I sent a gentle reminder.

“Morning Dr, what exactly do you want”? The reply came only a few minutes after my reminder. I thought I was detailed enough on what I wanted in my first text message. I explained again that I wanted an interview with him for a series my column is running on some presidential aspirants in the country and asked if he would be willing to take part.

“No problem. Is it commercial or normal and where are you based?” The innuendo I suspected in his earlier message seemed confirmed and I am not sure I properly disguised my irritation in my reply:

“Your Excellency I am not sure what ‘commercial’ means here. I am an academic, and the publisher of Adonis & Abbey Publishers ( www.adonis-abbey.com ), a London based publisher of academic books and journals since 2003, and with an office in Abuja. The column does not charge and does not accept any gift to do this. I am based in Abuja Sir”. I was to regret the haughty tone of the text when I later read over it. Ahmed Makarfi was a two-term Governor of Kaduna State, two-term Senator for Kaduna North Senatorial zone and former national Chairman of the PDP’s Caretaker Committee.

Given the tone of my reply, I was not expecting any further correspondence from him. But he did reply immediately. “I am just asking for clarification”. The humility heightened my sense of remorse at the haughty undertone in my text message. He told me he would be in Abuja the following day and that we should talk again in the evening to agree on time and venue.

I was driving back from a church programme when an email came from him by 21.35 hours: “Good evening. I didn’t hear from you.” I parked the car and quickly replied: I was hoping to send a text to him as soon as I got home. We agreed to meet the following morning at his home in Abuja.

I fired the first salvo as soon as we sat down in the lounge – amid intermittent telephone calls from his political associates: he was made the Commissioner for Finance and Economic Development for Kaduna State in 1994; he was a two-term Governor of Kaduna State from 1999-2007; he was a two-term Senator of Kaduna North Senatorial Zone from 2007 and was selected as the National Chairman of the PDP’s Caretaker Committee in 2016. At what point should a politician say, “Thank God for His mercies and generosities. I have had more than my fair share of political offices. It is now time to let others take a shot”?

He explained that during his second term as a Senator he took a personal decision that by the age of 60 he would begin to withdraw from politics “not retiring but not getting involved in elective and appointive offices. I felt I could still contribute from the sidelines”. He explained that despite that resolution, he found some responsibilities being thrust upon him, for which it was difficult to decline. He gave example with his appointment as the Chairman of the PDP Caretaker Committee in 2016 and said he never sought the position but was rather prevailed upon to take that responsibility because the party was facing peculiar challenges and was literally on its knees after losing the presidential election the year before. He talked about the protracted legal battle with the Modu Sheriff-led faction of the party, which was resolved when the Supreme Court affirmed that he was the authentic chairman of the PDP in July 2017. He was grateful to God, he said, that the PDP was able to recover from that crisis to the point where “today many Nigerians see it as a viable alternative to the current ruling party”.

“There was a similar situation in the run-up to the 2007 elections. The PDP was searching for a presidential candidate to succeed Obasanjo. A straw poll by the party’s leaders showed that I was the overwhelming preference by a wide margin. I was not the one who was eventually selected. I was not bitter about it because I believe that power only comes from God. I still campaigned wholeheartedly for the person [Umaru Yar’adua] who was favoured. So quite often the responsibilities come, not that I actively seek for them.”

He explained that he decided to seek his party’s nomination for the presidency because “there are people who feel strongly that I am what the country and the party needs at this time. So I expressed my interest. I am not saying I am the best. It is for the party to decide. And it is not a do-or-die affair for me.”

In 2011, Makarfi lost his bid for re-election as a Senator for Kaduna North Senatorial to Dr Datti-Ahmed, who contested under Buhari’s Congress for Progressive Change (CPC) and who is one of the presidential aspirants in the PDP. The outcome of that election was later overturned through a judicial process. I reminded him that in the PDP primaries he would, among others, face the same Dr Baba-Ahmed who defeated him in 2011 and that if he wins the PDP’s nomination, he would have to face Buhari whose charisma and influence in the North at least helped to make that defeat possible. I asked if anything has changed since 2011 for people to expect a different outcome from what happened during the 2011 election.

I asked if he has what it takes to take on Buhari in the North and his fanatical supporters, as well as Governor Nasir el Rufai of Kaduna state, given the influence of governors in deciding electoral outcomes. He conceded that Buhari “remains a factor in some States in the North and will win some states. But you can also argue that his output and the performance [as President] fell short of the expectations of many so the enthusiasm for his candidacy is not likely to be the same as it was before”. He believed that some of Buhari’s supporters would switch over to supporting him if he emerges as the PDP’s candidate.

Concerning Buhari’s fanatical supporters, he said: “I don’t need to throw insults and campaign on negativities for people to feel I am tough or that I can take on fanatical supporters of opponents. I can make my points without insulting anyone. In fact if you are negative in your campaign, the fanatical supporters will become even more fanatical. We have seen that with Donald Trump in the USA. My politics is to respect people, even if I disagree with them.”

“The foundation is the federal system of government that is fair and equitable to all. I think there is a consensus on the federal arrangement for the country. The contentious issue for me is the structure of the foundation and the inter-relation between the structures. I believe that Nigerians from all parts of the country will need to sit down to discuss how the federation can be engineered to make it a win-win situation for all.

I asked how his government would be different from Buhari’s if he gets his party’s nomination and eventually gets elected as the President.

He said that in his first week in office, he would ensure that he has built a robust team for his government and “empowered the members of the team to take critical decisions under effective supervision. It will not take forever to build a team, including those who will be ministers.”

Is he financially viable enough to withstand some of the well-resourced individuals that he will contend with in the party’s primaries, including former Vice President Atiku Abubakar?

“I am actually happy that money is one of the issues people use against my candidacy. It actually adds to my credibility. I think for someone who was a two term Governor and two-term Senator, that is an interesting narrative on its own. But leaders are made. How many of the leaders in the country that you know were of means when they came to power – Tafawa Balewa, Goodluck Jonathan, Obasanjo, Buhari? But if people have this attitude that leadership position requires being wealthy, then they should blame themselves if they get the sort of leaders they deserve. But seriously speaking, a good candidate will be able to attract legitimate funding”.

Ahmed Mohammed Makarfi, born August 8, 1956, attended the Federal Government College, Enugu (1973- 1978) and later studied Accountancy at the Ahmadu Bello University, Zaria. He was a part-time lecturer in the Department of Accounting (1987-1993) and eventually obtained a Master’s degree from the department during that period. He began his career at the Nigeria Universal Bank where he rose to the position of Assistant General Manager. In 1994, he was appointed Commissioner of Finance and Economic Planning for Kaduna State. He was also a Member of the Board of the Institute for Peace and Conflict Resolution. He was a two-term Governor of Kaduna State (1999-2007) and two-term Senator for Kaduna North Senatorial zone from 2007. In 2016, Makarfi was appointed PDP national Chairman at a Convention held in Port Harcourt. In early 2017, he was ‘removed’ as PDP Chairman and Modu Sheriff, former Governor of Bornu State was declared chairman. However after a protracted legal battle, the Supreme Court in July 2017 ruled that Makarfi was the authentic chairman of the PDP. Under his leadership, the PDP successfully organized a convention that led to the emergence of new party executives in December 2017.

That Kachukwu's Exposure: Buhari is culpable and the mastermind.