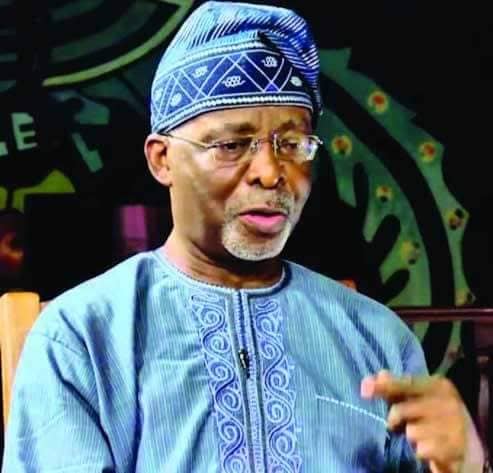 The Arole Oduduwa & Ooni of Ife, Ooni Adeyeye Enitan Ogunwusi, Ojaja II has described the death of the Founder of Oodua People's Congress(OPC) as as rude shock saying his death is a big loss to Ondo kingdom, Ondo state, Yoruba race and Nigeria as a whole.

Ooni Ogunwusi who is the Spritual Head of the race world expressed his commiseration to the people and government Ondo state and Yoruba nation through a press statement by Comrade Moses Olafare, Director of Public Affairs at Ooni's Palace, made available to journalists on Friday.

“The Arole Oduduwa while performing his official fuctions as the Chansellor here at the ongoing 48th Convocation Ceremony of The University of Nigeria, Nsukka in Enugu state this morning recieved the news of an elderstatesman and the Leader of OPC, Dr Frederick Faseun with a rude shock.

“Baba Ooni sees Dr Faseun a true Pan Africanist, a fearless Nigeria nationalist and committed Yoruba patriot who as an Oodua Self-Determinationist spent the last 26years of life struggling for the survival of the Yoruba people within the authonomy of Nigeria”.

According to the statement
“It's a pity we
have lost such a wonderful descendant of Oduduwa who always defended and promoted the interests, interity and the cultural values of the African People, Yoruba race in particular.

“The Royal Court of Ife will never forget Dr Fasheun for his incorruptible loyalty to the sacred throne of Oduduwa. The good people of Ile-Ife which is the ancestral home of the Yorubas will miss him for the love and resspect he ceaselessly showed to us, Yoruba people all over the world will miss him for his committed struggle for the socio-political/economic survival of the race and Nigerians will miss him for his fights for fairless and justice as a Nigerian human right activist.

May his gebtle soul rest in the perfect peace of the Almighty Olodumare”.