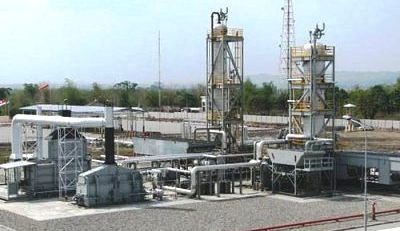 A modular refinery, currently under construction in Kwale, Delta State, is expected to come on stream in the third quarter of this year.

The refinery, which is being promoted by Pillar Oil Limited, Omsa Limited and Astek Limited, will process 7,000 barrels per stream day of crude oil when completed, according to a statement by the Department of Petroleum Resources.

It said the 7,000bpsd of crude, equivalent to 350,000 tonnes of crude oil annually, would come from Pillar facility in Kwale.

a�?The facility is expected to come on stream in the third quarter 2018 and the DPR has granted it requisite approvals: approval to relocate plant and approval to construct plant in line with our effective regulatory process and in alignment with governmenta��s aspiration to stimulate economic growth,a�? the agency said on Wednesday.

The main products from the refinery will include naphtha, kerosene, diesel and fuel oil fractions.

According to the statement, the refinery facility includes storage depot for crude oil and finished products, and loading terminal.

The DPR noted that the Federal Government granted 18 refinery licences in 2004, which later grew to 23.

9 thoughts on “OPAC Refinery to Start Operation in Third Quarter”