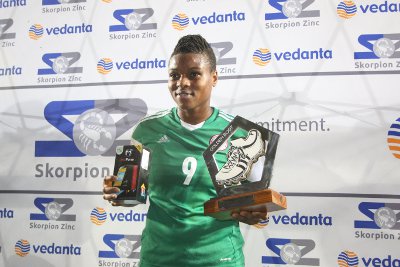 Super Falcons Coach, Thomas Dennerby has invited 10 foreign-based players to camp ahead of the Women's African Cup of Nations qualifiers against the Gambia.

Reigning African Women Player of the Year, Asisat Oshoala makes a return after missing the Friendly match against France.

The First Leg will be played at the Bakau’s Independence Stadium on Tuesday, 5th June, with the return leg at the UJ Esuene Stadium, Calabar on Monday, 11th June.

The foreign-based players will start arriving Camp on the 29th of May 2018, the home-based players have been training since two weeks ago.

The Super Falcons are the Defending Champions of the African Women Cup of Nations after winning it in 2016.