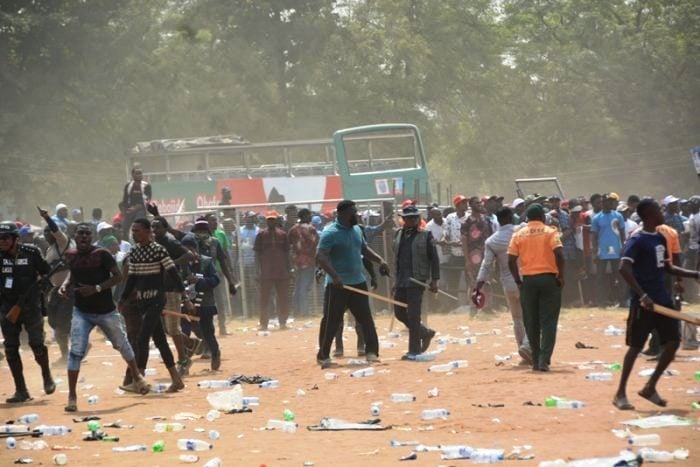 The Oodua People's Congress, OPC New Era has condemned the attacks meted out on Igbo people in Lagos State, calling on all security agencies to fish out the perpetrators.

OPC New Era in a press release by its National Public Relations Officer, Comrade Adeshina Akinpelu described the attack on Igbo people by some members of National Union of Road Transport Workers, NURTW and some members of Oodua People's Congress, Faseun faction as ill-conceived and senseless. “We, members of Oodua People's Congress, New Era condemns in it totality the recent attack on Igbo people in Lagos State over their decision to cast their votes to those they want. How can any sensible person attack fellow human being just because he or she has a

preferred candidate to vote for? Every Nigerian has the right to vote for any candidate he or she wants. Those miscreants who attacked and prevented law abiding Igbo people from voting in Lagos State and their sponsors must be fished out and made to pay for their crimes.”

Akinpelu added that the OPC members who took part in the attack have deviated from what OPC stands for and so they must be made to pay for their crimes as they are bad eggs within the OPC and which OPC New Era has been raising awareness about their activities before the election. “These are the bad eggs within the OPC that we are talking about. We organised an election stakeholders meeting before the election in Ibadan and we raised the alarm that some OPC members have compromised the integrity of the Congress by becoming an attack dogs of a highprofile politician in Lagos.”

Also reacting to the threat of the IPOB; he described its leader as a 'loquacious coward' who after fleeing Nigeria now wants to bring about mayhem in the country. “Nmandi Kanu is a nothing but a 'loquacious coward' who wants to take advantage of every situation to advance his narrow-minded interest. If not for the purpose of setting the record straight; OPC would not have descended so low to react to Kanu's careless postulations. This is a guy who brainwashed many young Igbo youths into joining IPOB and left them to be killed by soldiers. This coward who fled the country like a thief in the night is now threatening to attack Yoruba land.

We urge him to carry out the threat. What soldiers did to him and his brainwashed members will be a 'child play' compare to what we would do to them.”

7 thoughts on “OPC Calls For Arrest Of Those Responsible For Lagos Attack On Igbo, Condemns IPOB’s Statement”