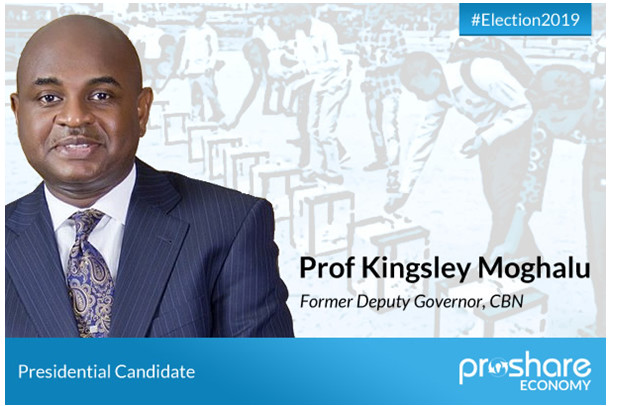 In continuation of the open letter I wrote to you last week, I feel compelled to acknowledge that the more I watch clips of your TV interviews with journalists from several Nigerian and foreign media, the more I am convinced that with a good team, you can actually restore Nigeria back to the ebullient, self-sufficient nation that God made it to be.

But I am also having sleepless nights about the seriousness of the locally generated political confrontations that have consistently continued to hamper the growth of democracy in the country since its attainment of self rule in 1960.

You might ask why, seeing that I migrated to Britain and comfortably live with my wife and children in London as British citizens. The reason is that I have always been concerned about Nigeria and Nigerians. From the days in 1976 when I was the deputy editor of the Academic Star in the Enugu-based Daily Star Group of Publications until now that I am a columnist with Modern Ghana and the Nigerian Voice newspapers and also publisher of Imo State Business Link Magazine (imostateblm.com), I have always been concerned about Nigeria and my fellow Nigerians.

In order to turn the fortunes of Nigeria around for better, my dear Professor Moghalu, we will always need to appreciate some of the hurdles we are bound to scale, if we must succeed, given the peoplesa�� mandate.

The first is that we will be dealing with a vicious, dangerous clique of military cabals, the picture of whose overall callousness was manifested in the dastardly manner they killed Ken Saro-Wiwa, Chief Moshood Abiola and his wife Kudirat. For this clique, it is not all about Nigeria and Nigerians or the future of their country. It is all about money, power, fame and settling scores with their perceived errant military colleagues. Whatever it takes, they are ready to sell their conscience to the devil to achieve their selfish goals. The country could say what it likes after the deal is done. They wouldna��t be bothered. How do we disengage them from interfering further with the democratic evolution of Nigeria, especially those of them who have been in the political arena for so long, both in military uniform and now in civilian a�?agbadaa�? loitering boisterously along the corridors of political power, feeling like sacred cows in their ethnic proclivity?

The second is the fact that one simple but effective way to build the bridge across ethnic differences that would usher into Nigeria a true national spirit is to legislate on the three main Nigerian languages being made compulsory at primary school levels across the nation. In such a way, Nigerian children would no longer see themselves as Hausa, Igbo or Yoruba with time. And in about two generationsa�� time, the foundation would have been laid for a meaningful, painless integration of the ethnic groups that Britain lumped together as Nigeria. That is a legislation that should have been put in place to usher in one of the changes that Nigerians dreamed of when they voted for the APC. But it had not happened. And now can we say we are going to do it to save the spirit of a truly united Nigeria?

The third is the Presidency and its skewed monetary policy. Nigeria remains one of the few developing countries where the servicing of the needs of the people starts from up and flows down. In many other democratic countries, whatever money is budgeted for the year by government goes to service the poorest segment of the country first and moves systematically up. Public libraries, schools and colleges are serviced. Government ensures that roads, public transportations, water and electricity supplies, and indeed basic essentials like amusement parks are serviced and that the ordinary people lack nothing that would make them happier and more confident in the government they voted to take care of their affairs.

But in Nigeria, governmenta��s annual budget first goes to service the office of the President, then the Vice President, down to the senators and the members of the House of Representatives. Then it runs down to the office of the governor, and the members of the State Houses of Assembly. By the time it comes to servicing the needs of the ordinary citizens, the money has run out. And they are left to suffer as usual. That is another change Nigerians expected to happen with the APC government. But it never happened. Can we now say we will effect the change when and if you are elected as the next President, come 2019?

The fourth is the salary of Nigerian legislators, widely touted as the highest paid in the world. Many people have asked them to deny or accept the allegation as true. They have kept evading public knowledge of their income and how it is made up. In many democratic nations, they would either obey their constituents or their mandate would be withdrawn by the same people who voted them into office leaving no doubt that the voter is politically stronger than the voted.

We need to know why Nigerian legislators are afraid of making their income public knowledge. If by public estimation they are milking the national economy dry through their oversize wages, why would they be afraid of cutting their wages to normal, nationally and internationally acceptable levels? How does the Presidency initiate the bill that would make the salaries of public office holders unattractive to rogue politicians so that those who occupy the positions would give of their best and make a name instead of amassing untold wealth at the expense of their own peoplea��s poverty and suffering? For instance, if they take the income of a legislator in America, one in the United Kingdom, one in Saudi Arabia, one in Australia, one in Israel and one in South Africa and take their average as the maximum pay for a Nigerian legislator, what could possibly be wrong with such an arrangement? That is the sort of change Nigerians wanted to happen. But it never happened. Can your government, if Nigerians give you a chance, address this vexatious issue?

The fifth hurdle is how to get credible census figures for the country to enable its Managers plan appropriately. Those of us who hail from south east Nigeria have not forgotten so easily how Chief Festus Odimegwu was suddenly and unceremoniously removed as Chairman of the National Population Commission on 17 October 2013. His offence was that he opened up to the press about his desire to give Nigeria credible census figures for the first time since the amalgamation of 1914. That was it. A Northern governor from a state we are told even cattle and trees count as people during census confronted President Jonathan and threatened to withdraw the votes of his people if Chief Odimegwu was not sacked. Rather than face the shame of being sacked after all he had done to enhance credibility in the National Population Commission, the nationalist decided to resign. He could not stand the shame of being sacked by the President because he wanted to stand up for truth. If elected, will your government be willing to give Nigeria a credible census for once in nearly half a century?

The sixth hurdle is the need to resuscitate the middle class in Nigerian society. How can the glaring disparity between the very rich and very poor Nigerian families be bridged? And I think what applies here in the UK should be ideal in the case of Nigeria. Ordinarily, workers pay 20% tax if their wages are below A?40,000 per annum. But once they exceed A?40,000 a year, they pay 40% tax. In such a way, not only is the gap between the rich and the poor bridged, government also has more money to invest in its development projects. Can this be a fundamental policy of your government if elected into office in 2019?

The seventh is how to get party members to accept that politics is all about families, Nigerian families in this case, and not about anything else. We have an example in Rt. Hon David Cameron, the former British Prime Minister. When he was campaigning for this last election that saw the Conservative Party win with a landslide, he said to British people, a�?I want to build a better future for Britain a�� more families with the security of a pay packet each month; the best schools and skills for young people; an economy that delivers for people who want to work hard and get on in life. I have been working through our long-term economic plan to build a stronger, healthier economy and secure a better future for families across Britain.a�? He then went on to distribute a questionnaire to all the voters, sensitizing their desires and aspirations thus:

Here, politics is centred on the welfare of British families but we can also tailor this model into our local needs and aspirations. That is what it should be in Nigeria. Should you be voted into the Presidency, come 2019, can Nigerian politicians be made to begin to take the welfare and happiness of the families that make up their constituencies as their primary concern?

Your campaign, my dear Professor Moghalu, would be tough, detailed and precise. All grounds must be covered in terms of alliances and lobbies. Make no mistakes about these and many other hurdles your party would have to scale and may, through you, God bless Nigeria.

Beware Of Fake Prophets And Their Predictions In 2020