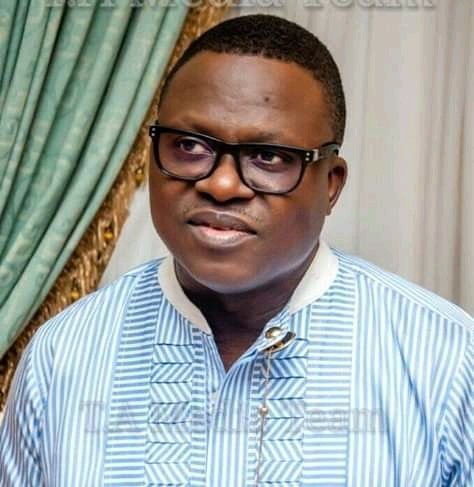 Dear Uncle Timi,
I have elected to address this letter to you openly because what I am about to say here affects our ethnic nationality. You and me have interacted severally and have discussed this issue at different fora even before the primary of the Peoples Democratic Party (PDP), which you participated in. You will remember that prior to that primary election, I had engaged you in a very long discussion where I expressed concern about your involvement in the race to succeed Governor Seriake Dickson. Recall that I also asked you to quit the race and give support to other Ijaw sons and daughters while you take position as a leader of the Ijaw nation which has presence in Edo, Ondo, Rivers, Delta and even traces in Abia state.

Recall that I had told you that the Ijaw Nation seeks a rallying leader who will play a larger national role which the office of governor limits. I had argued that even our son, Dr. Goodluck Jonathan, Nigeria’s former president, would not be expected to play such role for the Ijaw Nation because of his national profile as president of Nigeria. The vacuum created by the exit of the Governor of the Ijaw Nation, Comrade DSP Alamieyeseigha, leaves us with an emptiness that your person will perfectly fill. Think it again. Work on it.

This brings me to the current issue. The issue of your anger over the outcome of the PDP Primary election at which Senator Dounye Diri was victorious. Let me say this sir. Senator Diri’s selection at the primary is not a case of the victor and the vanquished which some of your friends in far away Lagos are making you to believe it is. After all, Diri is your own very brother. Rather, it is a testament to Ijaw nationalism which I invite you to accept and respect.

No doubt, you have rights, as a human being and as a Nigerian, which are guaranteed by the Nigerian constitution, to use the judicial process to seek redress where a wrong is done you. But in this case, you are up against the Ijaw Nation, the same nation that seeks your hand in its national leadership, to interface and speak for it in the comity of Nigerian ethnic nationalities. Think again. At this time, it is about the Ijaw nation and never about any political party against the other or any politician against another. Diri is Ijaw as well. Don’t let anyone use you to throw spanner in the works for the Ijaw nation. That is the only bargaining voice you and me have in the wider Nigerian nation. My meaning here is that at some point in life, personal interest should drop itself for the wider interest of a larger group.

So, Uncle Timi. As you retreat in France and let your legal team head for the courts, I will invite you to make a rethink. I have not said you must do so. No! I am only inviting you to have a rethink for the greater good of the Ijaw Nation and our home state of Bayelsa. While you do this, please see the trajectory that our state had followed in the recent past since Goodluck Jonathan left office as governor to become Vice President of Nigeria. Like we had shared on several occasions, no one in the Ijaw Nation saw Jonathan becoming president of Nigeria. No one thought it was possible. But it became. Somewhat, it tells you that God gives power to whom he will.

You also saw how the tenure of Timipre Silva ended. Was it human? Some may say yes. But as you know, there is something of the divine in a man’s earthly journey. Today, Silva sits on the Federal Cabinet. Only God could have done it. That same unseen hand of the divine, may have a place in Sen. Diri’s political journey. Remember too that not many gave Hon. Dickson a chance when he indicated interest to contest for governor from the House of Representatives. Today, he enters the history books as the first two-term governor of Bayelsa state. Is it of human making? No. God has a hand in it. I know you to be a strong believer in God and also a man of faith. This is the time to meditate on your political journey to see the hand of the divine in your making. If that same divine hand has swung the pendulum to Sen. Diri’s advantage, who are me, mere mortals, to question him. Also remember that Ambassador Igali, who was Jonathan’s classmate at the university of Port Harcourt, and very close ally, who contested in that election had accepted the outcome and moved on. The same is with my brother, Reuben Okoya, who despite a very rich history of political involvement starting from his father under the Eastern Regional government of Michael Okpara, has accepted the choice of the Ijaw nation and moved on.

This is where I believe that you should locate the way forward. Uncle Timi, recall that I had told you about how your constant movement from one party to the other close to every election, is not good for your political career. Remember? Now, many of the people around you echo exactly the same. Though they may not say it before you because they believe you have money from which they hope to get something, they say it all the same that your ‘prostituting’ with political parties, especially close to elections, was not a positive trait. Truth be told, it is not. Many Bayelsans see you as uncurable desperate. They also believe that your connection with the state is to the extent of your interest in becoming governor. Again, that’s a negative. What it means is that our people do not feel your presence. You need to start connecting more deeply with the people here and the Ijaw nation across Nigeria.

The next swearing-in will be on February 14, 2020. Uncle Timi, that should be an opportunity you must not miss. Your name must resound across Bayelsa as someone who made it possible for Diri to become governor, and also, one, who made it possible for Bayelsa to remain PDP as an eternal reward to the party for allowing a son of the state, a thorough-bred Ijaw son, to lead Nigeria. Remember that without Jonathan siting in Abuja, our youths would not have gained what they got in the Amnesty Programme: today, many are qualified pilots, marine engineers, marine welders, oil industry executives etc. This is direct outcome of the local content policy of the Jonathan era in government. We, your very honest friends and associates, expect no better ‘thank you’, from you to Jonathan and PDP, than to pull back from the courts, accept the choice of Diri, your own brother, and support the party to achieve the February 14, 2020 date.

The APC Cult Of Death

Nigeria; Our pikin, children, and issues of the future