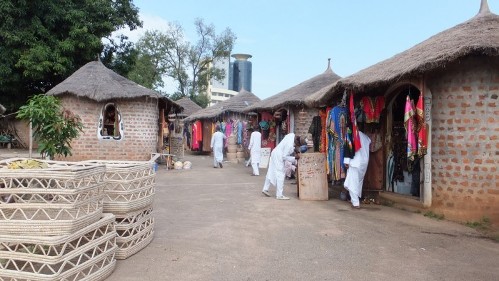 Operators of Arts and Crafts Village, Abuja, have accused Otunba Olusegun Runsenwe, director general of the National Council for Arts and Culture, of converting revenues accruing to the nationa��s coffers into private accounts.

The operators stated this in a petition entitled, a�?Collection of federal government revenue into private accounts by Otunba Olusegun Runsenwe, DG of National Council for Arts and Culturea��, dated March 12 2018, and addressed to the chairman of the Economic and Financial Crimes Commission. The petition was jointly signed by the associationa��s president Nze Kanayo Chukwumezie, secretary Lawal Ma��hd Shuaa��ibu and chairman, Board of Trustees, Alhaji Mustapha Kidama.

a�?We attach some receipts issued by the National Council for Arts and Culture, NCAC, and Arabi Bello. We also attach some bank tellers used in paying in the money. They collected all originals of tellers before issuing receipts. Over two hundred of our members were forced to pay money running into tens of millions of naira into these accounts. We

have over the years insisted on only paying into the Treasury Single Account in line with the policy of the federal government. But Otunba illegally locked up all the shops of those that refused to pay into these private accounts forcing them to pay in order to have their shops opened.a�?

The petitioners also alleged that Otunba was also collecting gate pass from people driving into the village and selling parking stickers to occupants of the village.

a�?We want this matter thoroughly investigated and Otunba prosecuted if found to have engaged in any act of illegality,a�? they demanded.

Efforts to hear from the head of public relations of the council did not yield results as at press time.