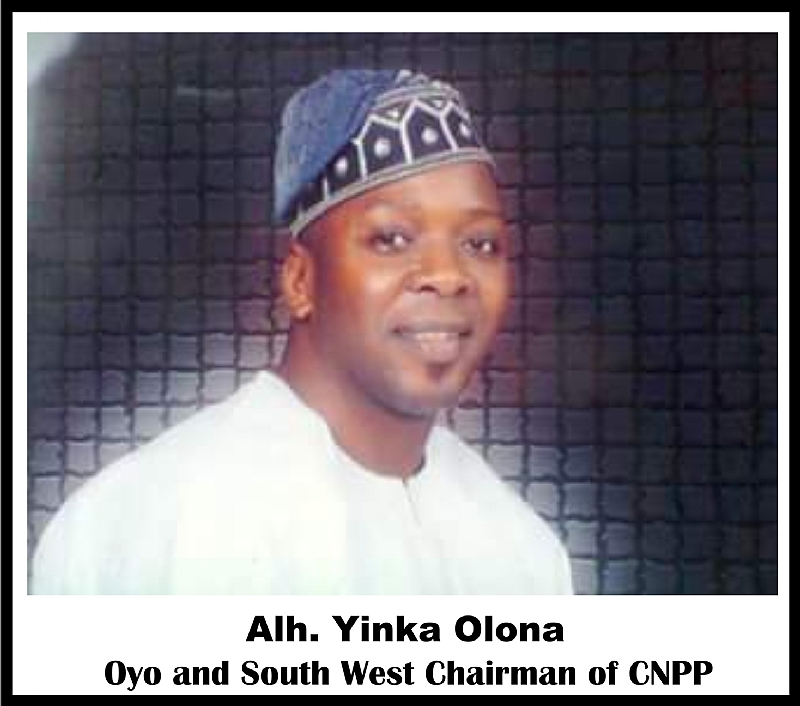 The opposition parties under the aegis of the Conference of Nigeria Political Parties (CNPP), Oyo State Chapter through a message stated that it would not participate in the scheduled elections, if the ruling party (APC) proceeds with the process that it described as undemocratic and misnomer.

Despite the controversy and contradictions over the announcement of May 12, 2018 as the date for the local government elections in Oyo State, four political parties under the aegis of the Conference of Nigeria Political Parties (CNPP) have expressed their disinterest in the exercise. The parties are African Peoples Alliance (APA), Peoples for Democratic Change (PDC), Progressive People Alliance (PPA) and the United Democratic Party (UDP).

The opposition parties under the Conference of Nigeria Political Parties (CNPP) have however vowed to boycott the election.

Speaking further on the issue, the Oyo State Chairman of CNPP who is also the Southwest Chairman of the Conference, Alh. Yinka Olona explained that the participating political parties under their platform would boycott the exercise as they have taken the case to court.

Alh. Yinka Olona further reiterated the fact the four opposition parties under their platform had kicked against the proposed fee to be paid by various political parties aspiring for Chairmanship and Councillorship positions. It would be recalled that OYSIEC had fixed N150, 000 for Chairmanship Candidates and N100, 000 for Councillorship Candidates.

One of the Chairmen of the four parties involved, Mr. Tolulope Adedoyin, who is also the Chairman of the African People Alliance (APA) said theya��ve met with the leadership of the CNPP and are ready to support their cause.

According to him, organizing free, credible, democratic and fair election is what CNPP under the leadership of Alh. Yinka Olona is fighting for.