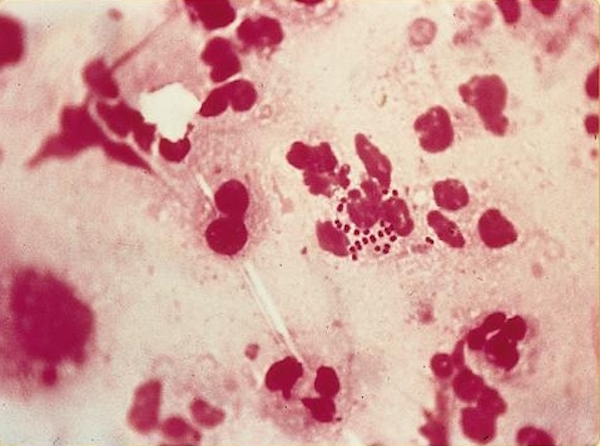 Oral sex is causing the spread of a dangerous gonorrhoea superbug, experts have warned.

The untreatable strain of gonorrhoea is rapidly spreading across the world putting millions of lives at risk, the World Health Organisation has warned.

Experts said that incurable gonorrhoea has started to spread after becoming resistant to antibiotics, which has been partly caused by oral sex and a decline in condom use.

The sexually transmitted bacteria can live at the back of the throat and, because of this, has been evolve immunity to antibiotics used to treat common throat infections.

The WHO issued a warning after it confirmed that three people had contracted the superbug.

The rise of ‘super gonorrhoea’

The bacterial infection is normally treated with a short and simple dose of antibiotics.

But gonorrhoea has become increasingly resistant to common antibiotics.

Bacteria become immune to antibiotics when they evolve new self defense mechanisms to stop the drugs from being effective.

Antibiotic resistance is chiefly driven by the over-subscription of antibiotics, according to researchers.

In 2016, experts from the WHO warned that a ‘super’ strain of gonorrhoea could become immune to antibiotics in a ‘matter of years’.

But now experts from the WHO have said it is ‘only a matter of time’ before last-resort gonorrhoea antibiotics would be of no use at all.

‘Every time you introduce a new type of antibiotic to treat it, this bug develops resistance to it.’

Role of oral sex in spreading the disease

She added that the rapid spread of the antibiotic resistant bacteria has been caused in part by oral sex.

The sexually transmitted bacteria can live at the back of the throat and, because of this, is frequently exposed to antibiotics used to treat throat infections.

Repeated exposure to antibiotics makes it easier for bacteria to evolve drug resistance.

‘When you use antibiotics to treat infections like a normal sore throat, this mixes with the Neisseria species [gonorrhoea bacteria] in your throat and this results in resistance,’ Dr Wi told the BBC.

A decline in condom use, caused by misguided fears that they cause HIV in the developing world, use is also thought to have helped the infection to spread, she added.

Condoms protect against the spread of the disease, which is transferred through sexual fluids.

Dr Wi said medics have now documented three specific cases – one each in Japan, France and Spain – of patients with strains of gonorrhoea against which no known antibiotic is effective.

‘These are cases that can infect others. It can be transmitted,’ she said.

‘And these cases may just be the tip of the iceberg, since systems to diagnose and report untreatable infections are lacking in lower-income countries where gonorrhoea is actually more common.’

11 thoughts on “Oral sex, decline in condom use causing spread of untreatable ‘super gonorrhoea’, WHO warns”