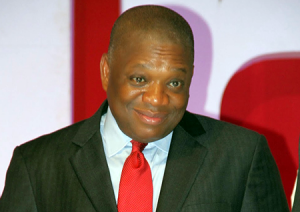 Mohammed Idris, judge of the federal high court in Lagos, on Wednesday said the court will await further directives before proceeding with the trial of Orji Kalu, former governor of Abia state.

Kalu is on trial for the N7.2 billion fraud he allegedly committed while in office, between August 2001 and October 2005.

The Economic and Financial Crimes Commission (EFCC) is prosecuting Kalu alongside Ude Udeogo, his former commissioner for finance, and a company, Slok Nigeria Limited, for the alleged offences.

On October 31, 2016, the EFCC preferred 34 charges against the accused. The charges were, however, amended and increased to 39 counts.

Kalu and other accused persons had pleaded not guilty to the charges and were granted bail.

The trial judge, despite being elevated to the court of appeal, has been conducting the trial in the case, following a fiat authorising him to carry on.

At the last adjourned date on November 12, 2018, Kalu stayed away from the trial, after being absent a week prior.

Although the defence counsel had informed the court that Kalu was away for medical treatment in Germany, the court revoked his bail and ordered that at the point of his entry into the country, he must submit himself and all relevant travelling documents to the EFCC.

The court had then adjourned the case until January 23.

On Wednesday, Rotimi Jacobs, the prosecutor, told the court that in spite of its order, the accused had refused to submit himself or his travelling documents to the EFCC.

He argued that such attitude constituted a clear disregard for the court, and asked for the continuation of the trial of the accused even in his absence.

According to Jacobs, the court should order the defence to call its witnesses, and if it fails, the court is allowed by the provisions of the law, to close their case.

Responding, Awa Kalu, counsel for the accused, expressed his displeasure with the submissions of the prosecution, noting that such arguments should be put in an affidavit for the defence to reply.

The judge, however, informed both parties that although the case had been adjourned, the fiat issued by the presiding judge of the appellate court expired at the end of November 2018.

Idris said he received fresh fiat in respect of some other matters before him on January 10, adding that the case in point was not mentioned.

The judge, therefore, said he had strong doubts if he should continue with proceedings.

“I should not proceed further, otherwise, I will be acting without authority. So, in the circumstance, I am of the view that further proceedings shouldn’t go on until I receive further instructions,” he said.

He noted that as soon he receives further directives, hearing notices would be served on counsel. The Cable

How to secure your eCommerce site from hacking and fraud