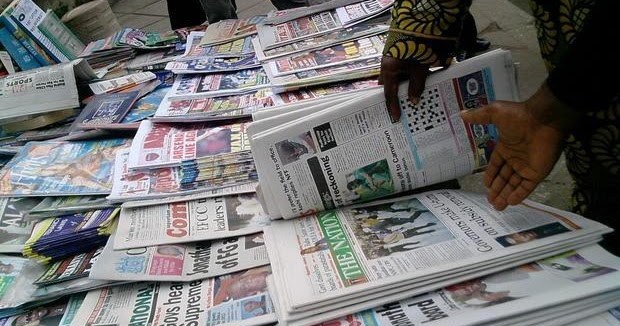 A Fellow of the Nigerian Guild of Editors, Mr Kingsley Osadolor, has identified the phenomenon of media capture as a primary threat to the ability of the media to exercise its constitutional and professional powers to foster best practices in democracy in Nigeria. Other encumbrances include failure to deploy the tools of journalism adequately, failure to utilise the legal backing to the media and inadequate rigour in reportage of issues in Nigeria’s democracy all resulting in lack of credibility of the media as a driver of citizen participation in democracy.

Osadolor was the best graduating student of the University of Nigeria class of 1984. He delivered the 2019 Jackson Annual Lecture of his alma mater, the Department of Mass Communication, on the subject, “Media Freedom: Utilitarian Imperative and the pursuit of democratic ends” on Thursday, August 1, 2019. Osadolor is also a lawyer and broadcaster and has served as Commissioner for Information in Edo State and advisory capacity at the federal level.

Osadolor is a former Editor of The Guardian on Sunday and East Africa correspondent of The African Guardian. He declared, “Perhaps the greatest impediment to the full realisation of the watchdog role is media capture, which results in deference and subservience to the other Realms and influential citizens, including powerful corporations, over whom the Fourth Estate is supposed to play the role of sentinel. Ownership, commercial influence, ideology, governmental and partisan political pressures, as well as advertiser blackmail, are key factors in media capture.”

While many external factors impinge on the profession, Osadolor submitted that the media needs to strengthen its ranks by deploying the tools of the trade as well as existing legislation that empowers it to hold the government accountable to the people.

Osadolor recognised the damage done to media credibility by fake news often peddled by social media platforms but held that the solution lies in better journalism by professionals. “Good journalism … will further drive social media purveyors of fake news, hate speech, and blatant exaggeration into the periphery. The Fourth Estate must constantly remind itself of its mission, which is to be a watchdog and not a lapdog”, Osadolor stated.

Significant failings on the media side include failure to follow up on stories of significance, inadequate attention to matters at the state level as well as in the local governments and state assemblies.

Osadolor identified three principal sources of “media enablement” in legislation to be the 1999 Constitution, pieces of municipal law; and Treaties, International Agreements and Protocols which Nigeria has ratified. He cited the Act establishing the National Broadcasting Commission, the Nigerian Communications Commission and the Freedom of Information Act as containing provisions that empower both the media and citizens.

International laws include Article 19 of the Universal Declaration of Human Rights, Article 9 of the African Charter on Human and People’s Rights, Article 66 of the ECOWAS Treaty and Goal 16 of the United Nations Sustainable Development Goals (SDG).