Oscar Pistorius rushed to hospital amid

Oscar Pistorius rushed to hospital amid 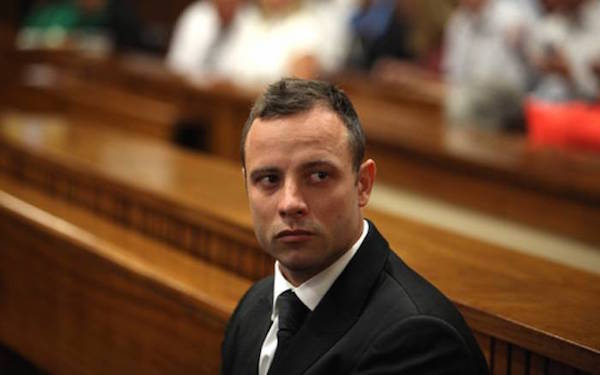 South African athlete Oscar Pistorius was Thursday rushed to hospital from prison, where he is serving a six-year sentence for murdering his girlfriend Reeva Steenkamp.

The 30-year-old was taken to a public hospital in the administrative capital Pretoria, where he is serving his sentence, after starting to suffer from chest pains and will stay overnight for observation.

Pistorius was taken to the hospital Thursday morning and had been expected to return to the prison later the same day, Department of Corrections spokesman Logan Maistry told the AP. However, Pistorius will now stay overnight in the hospital “for observation,” Maistry said.

Maistry declined to give details of Pistorius’ medical complaint, citing department rules preventing the divulging of information about offenders. He said only that Pistorius was having “medical examinations.”

But van Wyk confirmed that Pistorius had complained of chest pains and was taken to Kalafong Hospital in the South African capital, Pretoria.

Reports said he was rushed from Atteridgeville Prison to the hospital’s emergency department, escorted by armed guards. Maistry declined to comment on those reports.

This is the second time Pistorius has left jail for a hospital visit. Last year he was taken to the hospital for treatment to cuts on his wrists, which prison authorities said he sustained after falling in his cell.

The 30-year-old Pistorius was first imprisoned at the Kgosi Mampuru II Prison in central Pretoria but was moved to Atteridgeville because it was better suited to handle disabled inmates.

Pistorius, the multiple Paralympic champion, has served a year of his sentence for the fatal shooting of girlfriend Reeva Steekamp.

Pistorius was convicted of murder in 2015 after an appeal by prosecutors against an initial manslaughter verdict. He killed Steenkamp in the early hours of Valentine’s Day 2013 by shooting her multiple times through a toilet cubicle door at his Pretoria home. Pistorius claimed he mistook his girlfriend for a nighttime intruder.

Prosecutors have announced their intention to appeal again, this time against Pistorius’ six-year sentence, which they say is too lenient. The National Prosecuting Authority said it will appeal to South Africa’s Supreme Court, and the appeal could be heard this year, opening another chapter in a case that has lasted nearly five years.

Pistorius faces having his sentence increased to 15 years if prosecutors are successful. There is no death penalty in South Africa.