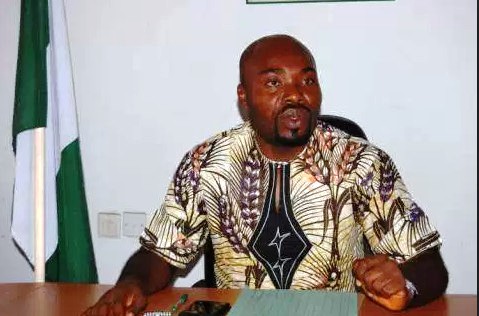 The attention of the Media Assistance to the executive chairman of Aniocha North Local Government Area of Delta State has been drawn to an online publication of Feb.,11 by cshowcasenews.com with the caption, “Leader of Aniocha North Legislative Arm Responds to Allegation of Assault” and wishes to state unequivocally that the said report is false, malicious and a calculated attempt to tarnish the good image, integrity and impeccable character of Hon. Chuks Oseme.

Comrade Anazia said that Oseme was not yet at the council when the incident happened a�?and for one to say that he was the one that spoke to the press was an attempt to destroy the councila�?.

The media assistance to the chairman admonished the people of Aniocha North to eschew falsehood and sensational reporting against the chairman.

He said jaundiced and biased reportage had no place in journalism, adding that mischievous reports were not only inimical to the growth and development of the local government and Delta but also an embarrassment to the journalism profession.

He particularly expressed displeasure at malicious and unsubstantiated stories against chairman. “When chairman came to council after the incident, he got what happened, so he was calling the leader of house on phone to ascertain what transpired with the clerk, he (the leader) refuse to pick calls.

On the council’s Buses as it was alleged, the chairman’s spokesman said that chairman cannot join issue with the leader of the house, but for the avoided of doubt, the legislative bus was already released to them after its inauguration, while the two staff buses, at of which one was allocated to NULGE (union) and the other for the staff.

He reiterated Oseme’s commitment to bring good governance and delivering of democracy divided to the people of Aniocha North.

He called on all and sundry to join hands with the council chairman and bring their wealth of experience to move the council forward, stressing that unity can only do the area good than division which he said hinders development.

10 thoughts on “Oseme Media Aide Reacts To Allegation Against Boss”