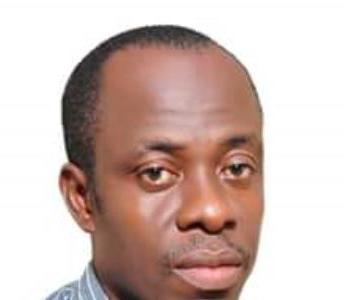 The show of muscles by the chairman of Oshimili south local government area, Delta State, Comrade Uche Osadebe and the legislative arm led by Hon Nwosa Peter Chukwuemeka, took a new twist as 13 out of the 14 councilors have begun an impeachment process on the chairman.

Addressing journalists Tuesday, the leader of the House, Chukwuemeka, expressed hope that the impeachment noticed endorsed by more than 2/3 of the councilors which has been presented to the State House of Assembly, would yield the needed result.

He disclosed that local government Auditor-General has written to inform the House that investigation would commence on the executive chairman on matters raised against him by the legislative arm.

On whether there were efforts made to resolve the crisis, the House leader said “the issue have been for quite a long time because I April this year, the House intimated him of his default of appropriation, intimating him to pass his expenditure through the House for approval prior to when the budget is passed, which he has refused”, stressing that the House has written him thrice.

He also disclosed that the January to June income and expenditure submitted by the chairman in June, he was invited to appear before the House to explain grey areas which he allegedly declined.

“So to the best of our ability, we have tried to have been very transparent, cautious because of the terrain as the state capital this local government is hosting but he has been defiant about all we have been telling him”.

He said the local government bye-law; the chairman “has to be on suspension because already, he is on investigation of financial misappropriation. And once you are under investigation, the House should place you on suspension that is what the law states and we are hoping that with the report the Auditor-General can further help in the impeachment that will help the State House of Assembly to facilitate the impeachment”.

He said the House was no longer in control of the situation if he comes apologizing, “it is now in the hands of the law and the law has to take its course at this stage, saying that the House is ready to wait till the State House of Assembly come out with their verdict.

He also allegedly seized the salaries of the aides and that of the Clark of the legislative arm in the council.

It was gathered that the move by the chairman resulted into the impeachment process carried out by the councilors.

In his response, the council boss said: “If you say you want to impeach Osadebe, you should have a reason why you want to impeach him. Let them go and do the impeachment. Is it possible? What has he done? Before anybody can impeach you, they will say you should come so that they will hear from you. So, I will come and defend myself. All those are unfounded allegations”.

“A situation where they want you to give them money before they can pass budget, we presented our budget since on 5th of June, as I am talking to you; they have not passed the budget up till now even after giving them money.

“Leaving the legislative work they are supposed to do. Since they have been there I have never heard them that this is what they have been able to bring up. It is only motions and talking rubbish that does not concern them. I have discovered that the people in our legislative arm don’t know their left from their right and they have forgotten that the person they are dealing with is not somebody anybody can intimidate”, he added.