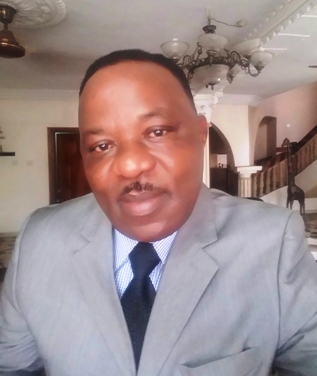 The crisis rocking the All Progressive Congress (APC) has become worse since Comrade Adams Oshiomhole became the party’s National Chairman, to the point that if the 2019 elections were held today, the party will find itself on the losing column. The evidence has shown that Oshiomhole is the central problem. Accordingly, there have been widespread calls for his ouster. However, the National Leader of the party, Bola Tinubu, shocked the party faithful by suggesting that Oshiomhole cannot be removed merely because the chairman has not violated party constitution. Tinubu’s stand is clearly a failure in leadership.

Bola Ahmed Tinubu must come to terms with the reality that leadership does not begin and end with mere conformity to the constitution or rules. If that were to be the case, ordinary choir men will be leading the world. An effective leader brings more to the table. Effective leadership is the ability to maximize available resources within the internal and external environment for the attainment of organizational or societal goals—and in admirable manner. An effective leader, at base, knows the art of influence. The current APC crisis has shown that Adam Oshiomhole does not have what it takes to influence effectively let alone being able to unify the party and lead it to victory in 2019.

This at is precisely where Tinubu’s problem begins. He appears fixated on his image more than the party. Having been instrumental in installing Oshiomhole as chairman, the former Lagos governor is merely saving face, his face, busy maneuvering to see if the former Edo governor can become who he is not. But, as I had lamented in an earlier presentation, expecting a miracle from Oshiomhole at this stage of the game is akin to the the proverbial quagmire where a crown was mistakenly placed on a clown, and the natives were expecting him to perform like a king.

People make mistakes, but good leaders endeavor to correct the mistake. Oshiomhole as chairman is not only an embarrassing mistake, he has also become what we call a bad apple in leadership. He is dragging the party down, acting like a deadly virus, and attacking all cells and veins of the party. Moreover, his demeanor portrays a very divisive figure, always attracting trouble as honey attracts bee. Notice that the former union activist cannot end a press conference without creating more enemies than he had before mounting the rostrum. In short, the national chairman is ruining APC and his problem is insoluble. This situation begs for patriotic leadership. Tinubu should put his ego aside and yield to popular demand towards the removal of the comrade.

Adam Aliyu Oshiomhole is not a bad person, for sure. After all, he thrived as a fiery union activist, and was a two-term governor. But the post of a national party chairman is a different template altogether. At the same token, no one is perfect. Asiwaju Bola Ahmed Tinubu has paid his dues and deserves his say. In fact, I have been a die-hard fan of the Asiwaju for over a decade. In the piece, “I pity Tinubu”, I did not hesitate to write that “if dynamic opposition is the livewire of democracy, it is very fitting then to name him the saviour of Nigeria’s current democratic journey. Tinubu, more than any other Nigerian, nurtured and sustained the opposition movement that removed the Peoples’ Democratic Party (PDP) from power.” But a Jay-Jay Okocha cannot be dribbling to commit fouls in the Eagles’ 18 in the dying minutes of games and expect Nigerians to continue to cheer him on.

The APC, as a party, is more than one individual. Bola Tinubu has contributed to the growth of the APC, quite alright, but he should be able to recognize that he is beginning to push his luck too far. If he wants to continue to act as the national leader of the party, he must guard against imposing every of his statement asquod erat demonstrandum (QED). Simpler, Tinubu’s current pattern of my way or no way is a recipe for national disaster. It goes without saying that keeping Adam Oshiomhole as the national chairman of our great party portends a troubling future. My political predictions hardly fail. We will not be where we are today if the party had taken serious note when I published earlier in July that “Oshiomhole lacks the intellectual capacity to lead the APC.”

The 2019 Elections In Nigeria And The Igbo Dignity

7 thoughts on “Oshiomhole Crisis: Why Tinubu Is Failing In Leadership”