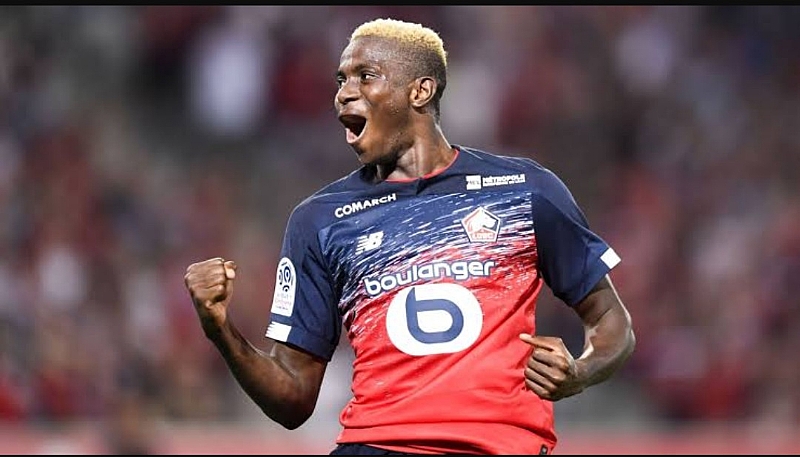 Super Eagles rave of the moment, Victor Osimhen was on target in his club 2-1 loss to Marseille in the French league.

Osimhen opened the scoring just after the restart with a tidy finish from a superb pass by Jonathan Bamba.

Marseille rallied back to grab the maximum points with a 2-1 victory courtesy of an own goal from Reinildo and a Dario Bennedeto strike.

The Super Eagles striker has scored 13 goals in the league this season with four assists in 24 matches.

Osimhen has been linked with various top clubs as a result of his impressive performances this season.

“Victor Osimhen is on the right track the way he’s playing even in the national team, he is really doing well. In no time he’s going to get to Spain and he’s going to play in La Liga,” Adepoju said.

Tactically he is okay, technically he is very good and he has the ability and power of a good striker, so he’s going to play in La Liga very soon.”

“Where he’s going to go I don’t know, I know that there are some clubs that are looking for him.

Osimhen has scored 17 goals for Lille in all competitions this season including a memorable goal against Chelsea in the Uefa Champions league.

6 thoughts on “Osimhen Scores Again In Lille's Loss To Marseille”