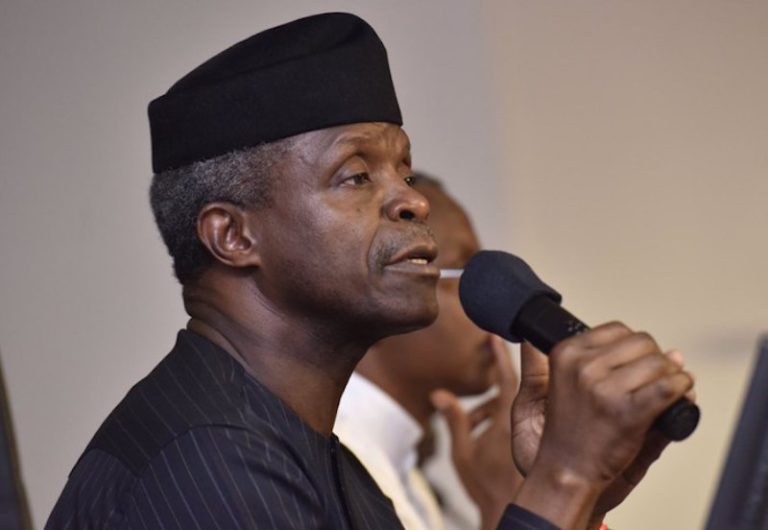 Laolu Akande, Senior Special Assistant to the President on Media and Publicity, Office of the Vice President, disclosed this in a statement on Friday in Abuja.

The initiative was designed to assist petty traders across the country expand their trade through the provision of collateral and interest-free loans of at least N10,000.

According to him, the loans are repayable over a period of six months.

The micro-credit scheme under the Government Enterprise and Empowerment Programme (GEEP), was first inaugurated on Aug. 7 in five markets in Lagos State – Mushin, Ikotun, Agege, Ketu and Abule Egba areas.

“Under the scheme, beneficiaries can get access to a higher facility ranging from N15,000 to N100,000 when they repay N10,000 within the stipulated time period.

“Also, through TraderMoni scheme, the President Muhammadu Buhari administration aims to take financial inclusion down to the grassroots and uplift Nigerians at the bottom of the pyramid, considering the contribution of petty traders to economic development.

“The Federal Government is also aware of the fact that many of the petty traders don’t have what the commercial banks require to grant them loans.

“Petty traders from across the states have continued to laud the Buhari administration for helping them in expanding their trade and empowering them economically,’’ Akande said.

He said that by the end of 2018, the micro-credit scheme would have reached all 36 states of the federation, with an estimated 2 million petty traders set to become beneficiaries. (NAN)