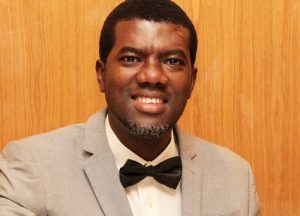 Let me start this statement by thanking Vice President Osinbajo for his attempt at responding to my last statement calling on him to substantiate his allegations that three persons under the Jonathan administration stole $3 billion from the public till.

However, even the Vice President's statement has vindicated my earlier assertion that he had lied.

To refresh the memory of Nigerians and the international community, while speaking at The Platform, a programme organised by the Covenant Christian Centre, Vice President Yemi Osinbajo alleged that three individuals stole $3 billion under the Jonathan administration.

When challenged to provide proof, the Vice President went on to identify those three individuals as Messrs Jide Omokore, Kola Aluko and the former Petroleum Resources Minister, Mrs. Diezani Alison-Madueke.

He then went ahead to cite a commercial transaction, saying inter alia that “the companies of both Jide Omokore and Kola Aluko lifted Nigerian crude oil and kept the proceeds. The total sums converted is in excess of three billion dollars including royalties, taxes, and fees unpaid for the asset from which the crude was taken.”

It goes without saying that both Mr. Jide Omokore and Kola Aluko were not members of the Jonathan cabinet neither did they hold any government office or position. These were private businessmen who had dealings with various corporations and whose dealings are the subject of litigation.

Yes, Diezani Alison-Madueke was a member of the Jonathan cabinet, yes, allegations and charges have been brought against her, however, she challenges these allegations and is ready to have her day in court, but no-where has she ever been accused of stealing $3 billion.

She has also never been convicted by any court of competent jurisdiction in Nigeria or any country in the world.

It is funny that an administration that illegally withdrew $496 million from the Excess Crude Account without due process , allegedly to pay for 12 Super Tucano jets is accusing the Jonathan administration of illegal withdrawals.

Nigerians and the international community are aware that the illegal withdrawal by the Buhari government triggered an impeachment attempt against the President at the Senate of the National Assembly which is still raising dust.

According to the world's premier aviation intelligence agency, Flight Global, the cost of a Super Tucano aircraft is $10 million. Rather than make false allegations against the Jonathan government, the Buhari administration should rather tell Nigerians why an aircraft that is sold for $10 million each is costing Nigeria almost $40 million each?

In November 2017, Afghanistan bought 6 A-29 Super Tucanos at a total cost of $174.5 million, a price tag which included aircraft transportation, maintenance spares, and advanced sensors. Why is Nigeria paying $496 million for 12 of the same aircrafts ?

The excuse given by the Buhari administration that it had to make haste and pay for the Super Tucano jets because of the anti-terror war does not make sense since the US has announced that the jets would not be ready until the year 2020. What is the hurry to pay for 2020 planes to fight a 2018 problem?

The $496m Super Tocano scandal follows a pattern of alleged corrupt behaviour by the Buhari administration that has seen it spend $25 billion on contracts at the Nigerian National Petroleum Corporation without due process, return, reinstate and double promote Nigeria's biggest ever alleged thieving civil servant, Abdulrasheed Maina, reinstatement of the Executive Secretary of the National Health Insurance Scheme who was indicted for corrupt practices against the advice of the minister of health, non-prosecution of Buhari cronies caught red handed in corruption such as former Secretary to the Government of the Federation, Mr. Babachir Lawal, etc.

Also, when Vice President Osinbajo says “These cases of grand corruption and open looting of public resources pauperized Nigeria and left us with little or no savings“, he has forgotten that on October 28, 2017, he himself (Vice President Osinbajo) said “When we came in, we had a foreign reserve of $32 billion”.

If indeed former President Jonathan left the Buhari administration with “with little or no savings”, then from whom did they inherit the $32 billion in foreign reserves that the Vice President admitted to at the 'Greater Nigeria Pastors Conference' organised by the Berean Ministers Group?

Vice President Osinbajo is also challenged to boldly tell Nigerians how much was left by the Jonathan administration in the Sovereign Wealth Fund which the Jonathan government set up. While doing that, can he also tell Nigerians how much the Buhari administration met in the coffers of the Nigerian Liquified Natural Company's account to be inherited by the incoming government?

The truth is that no matter how far and fast falsehood has traveled, it must eventually be overtaken by truth and this time, the truth emerged from the mouth of the accuser, albeit, in a Freudian slip.

Again, the Vice President tried to set the former coordinating minister for the economy and minister of finance, Dr. Mrs. Ngozi Okonjo-Iweala, against former President Jonathan, by alleging that she had accused the Jonathan administration of corruption. Obviously, Professor Osinbajo has not read 'Fighting Corruption Is Dangerous: The Story Behind the Headlines'.

If the Vice President had indeed read that book, he would have noticed that Dr. Mrs. Okonjo-Iweala did not mince words in describing the Buhari administration as a clueless government stacked with corrupt people who have no capacity to lead Nigeria.

Is Vice President Osinbajo so jobless that he has reduced himself and his office to be the spokesperson of the Economic and Financial Crimes Commission and the Independent Corrupt Practices and Other Related Offenses Commission? Even the Attorney General of the Federation and Minister for Justice, Abubakar Malami, SAN, has conducted himself with more dignity than the Vice President and is allowing the agencies charged by law to fight corruption to do their jobs .

Finally, I advise Vice President Osinbajo to focus on responding to the #BuhariChallenge and inform Nigerians of even one project that the Buhari administration has initiated, started and completed in three years .

That Summon By The Senate To The Inspector General of Police

BodyBaggers, Incorporated (A Nation in Ruins)

THE SHARING OF CAKE AND "BIAFRA AT 50"

11 thoughts on “Osinbajo more loyal to Buhari than he is to Jesus Christ, By Reno Omokri”