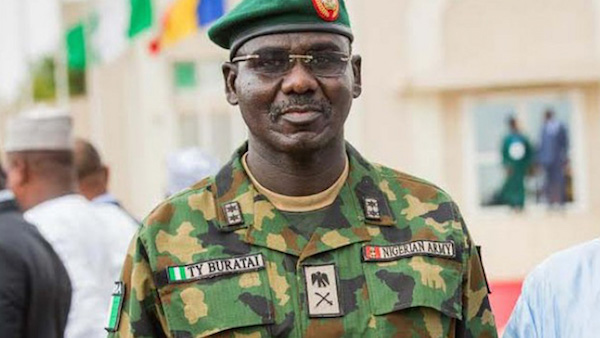 Acting President Yemi Osinbajo has directed the service chiefs to move back to the Command Centre in Maiduguri, Borno State capital, over recent surge in Boko Haram attacks in order to be abreast of what is happening there.

This was the outcome of a meeting the acting president held with the service chiefs on Thursday at the Presidential Villa in Abuja on Thursday.

The Minister of Defence, Mansur Dan-Ali, regretted that the nation’s troops fighting the Boko Haram sect cannot dominate the environment in rainy season like they were doing during dry season.

The minister spoke with State House correspondents after the meeting with Mr. Osinbajo.

He said it was also resolved at the meeting that the government should procure more surveillance devices that will be able to see potential attackers from far distance.

Dan-Ali said: “We just finished a meeting with the Acting President and the three Service Chiefs. We agreed that they should move back to the Command Centre again and see what are the things happening there.

“We have also agreed that we should get more surveillance devices, cameras that will be able to see distant attackers coming to the position of our troops.

“Also, the period of the raining season is a difficult moment for us. We cannot dominate the environment like what we did during the dry season but effort is geared towards regaining back our areas.

“We assure Nigerians that all these ambushes that are happening regularly would be stopped.”

How to Resolve Challenges of Made in Nigeria Products – Caritas CEO

7 thoughts on “Osinbajo orders Buratai, others to relocate to Maiduguri”